September 8th has come and gone…which means I’m officially 30.  Eeesh…still doesn’t seem possible.  Really, I’m pretty sure I’m still 27.  I liked 27…so much that I accidentally stayed 27 for two years and lost most of 28 before I realized I was a year off.  Oh well…if I’m being honest, it wasn’t that bad.  Thanks to all my friends and family for the various well-wishes via FB, text, phone, etc. over the last few days!  I’m incredibly grateful!

And also a very special thank you to my awesome husband for a wonderful birthday trip to Pittsburgh.  For the last few years my birthday, as well as my best friend’s husband’s birthday, has coincided with the Baltimore Comic-Con.  So for two years, on my birthday weekend, we’ve gone to Comic-Con to celebrate Richard’s birthday on Saturday and to the Maryland Renn Fest on Sunday to celebrate mine.  Of course we love spending time with Heather and Richard and I have to admit that I do enjoy Comic-Con but I was excited to do something a little different this year.  (And for a bonus, apparently Comic-Con is switching weekends next year and it won’t conflict at all!)

So Steve made plans to head to Pittsburgh for the weekend and shared them with me about a month prior to my birthday so that I’d have time to think about where I wanted to go and things I wanted to do.  He knows me well enough to realize that I’m happiest when I get to plan things! 😉  Anyway, after a little research I narrowed it down to a few restaurants and destinations and I’m pretty thrilled that we visited everything except one place.  Oh well, guess we’ll have to go back!

We left Winchester around 5 on Friday and made it into Pittsburgh around 9.  There was pretty much no traffic so except for a slight snafu with our EZ-Pass the drive was uneventful (which is just the way I like it!).  We had made a last minute hotel change so we weren’t quite sure what to expect but we were thrilled with the end result.  Originally Steve had booked a hotel near downtown but after looking at what was nearby I requested to take a risk and change to a small boutique hotel within walking distance of Mellon Park (and their weekend-long craft festival).  Most of the closest hotels were already booked for the weekend but we saw some great reviews on the Shadyside Inn. 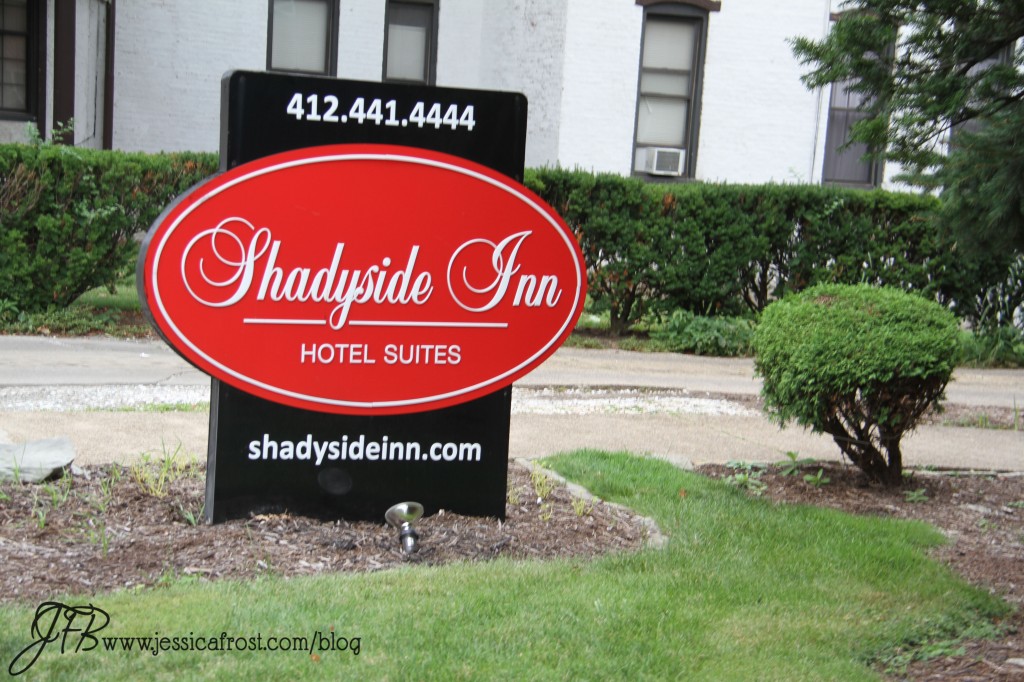 They own several properties in the Shadyside neighborhood and we selected the building closest to Walnut Street.  Steve checked us in at the main building and we were given a bottle of wine, a box of Sarri’s chocolates, and a cute gift bag filled with juice and snacks for the weekend. 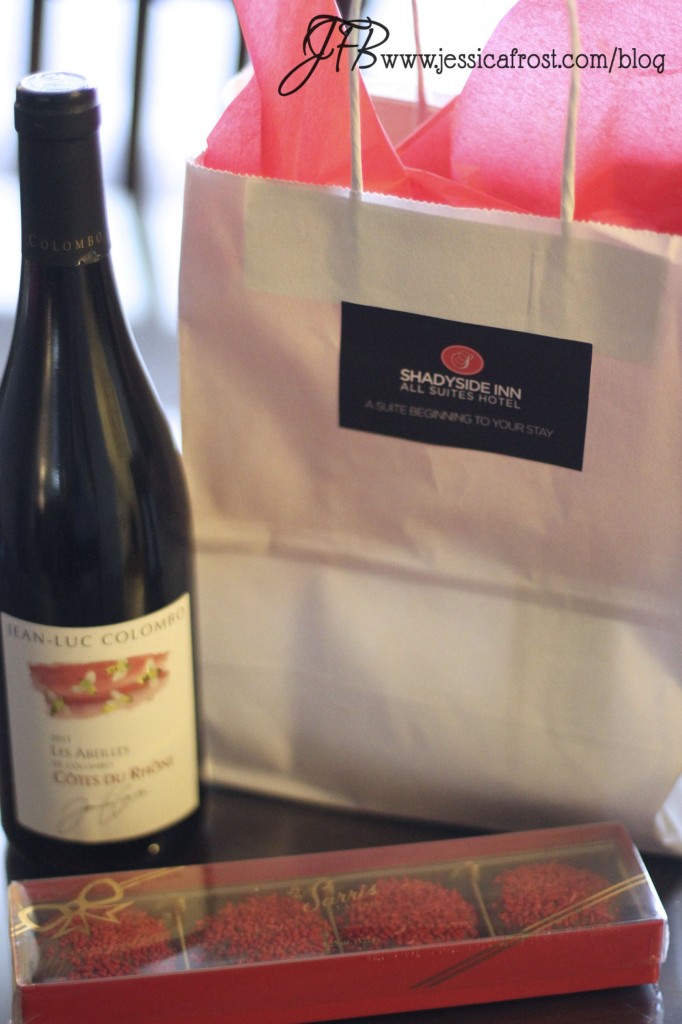 We headed to our building which was 3 blocks away from the main building.  We had free on-site parking and an elevator to easily reach our 4th floor suite.  I’m not 100% positive but I think all of their rooms are suites.  In our suite we had a small kitchen, dining, and living room as well as our bedroom, bathroom, and a TON of closet space!  It was clean, bright, and comfortable.  I also really appreciated some of the small touches…like extra towels and toiletries in a nearby closet, easy to adjust AC controls (with instructions nearby) by the bed and in the main living area.  The gift bag was also very appreciated…with granola bars, PB crackers, chocolates, and mints.  We loved that it was significantly cheaper than our original hotel reservation but it was also a REALLY nice stay.  Super convenient to the places we wanted to visit and really comfortable in general.  We’d definitely stay there again! 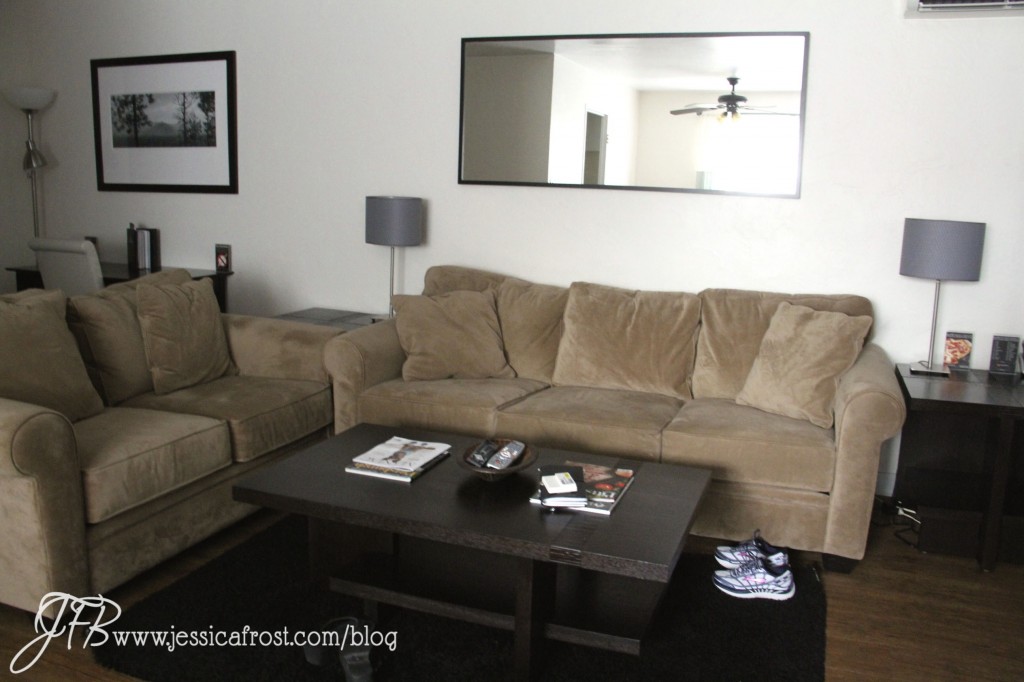 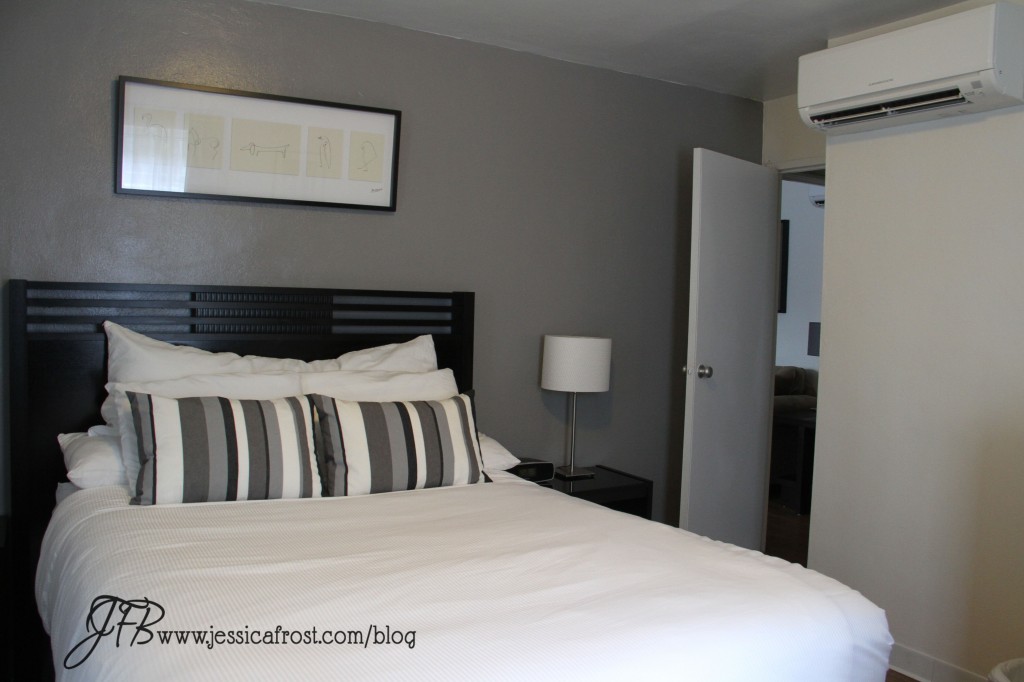 Anyway, enough of the hotel review! 😉  After we checked in we decided to search for dinner.  I had found good reviews of a burger joint called Stack’d online and it was less than a 10 minute walk from our hotel.  You filled out an order form at your table to customize your burger and they had quite the variety of options!  Steve had a burger on a pretzel bun with a fried egg and bacon and was thrilled.  I actually decided to go with just appetizers and ordered the pierogies and fried mac and cheese.  Overall it was a very tasty meal but not nearly the best of our trip! 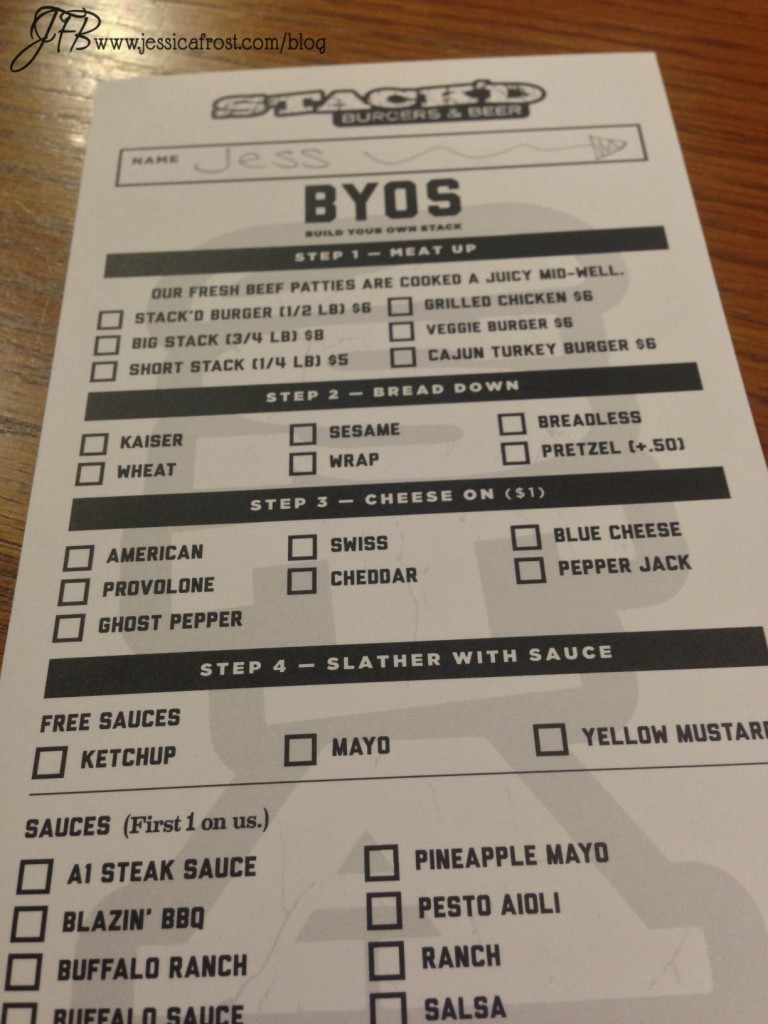 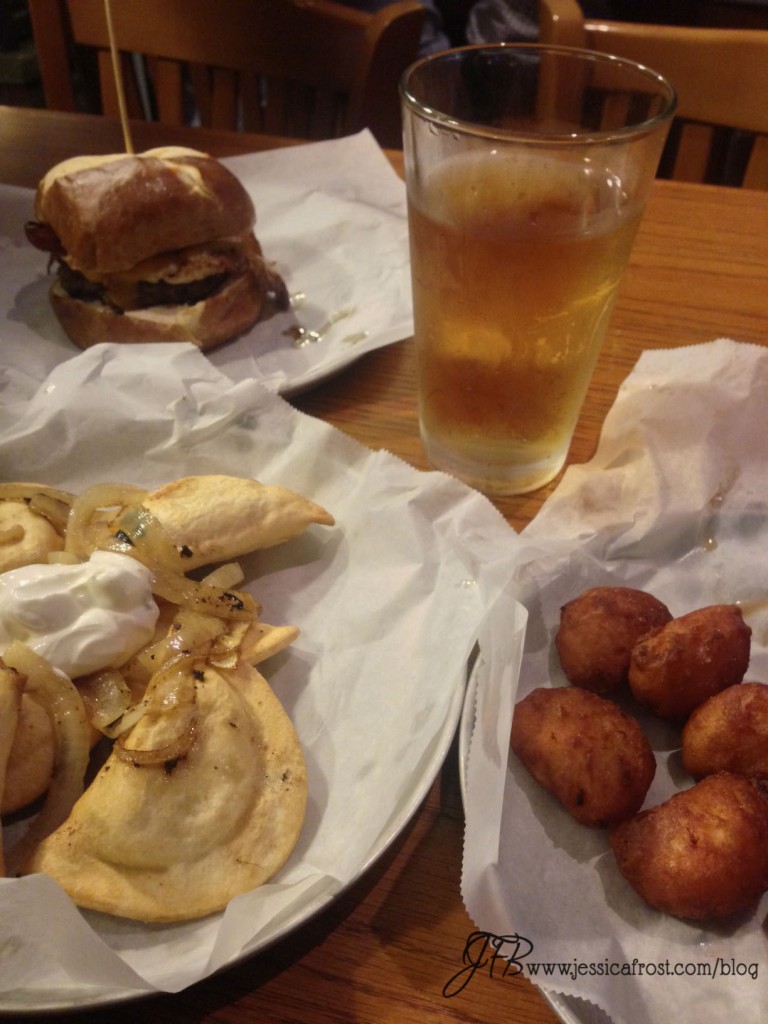 On the walk back to our hotel we noticed a place selling gelato and swung in for dessert!  Mercurio’s also makes pizza in a big wood-burning oven and we’ll have to go back someday to try it…we were just way too focused on the gelato this visit!  First night I had a scoop of dulce de leche and a scoop of peanut butter cup.  They were both really tasty but the dulce de leche was by far the best!!  We ate our gelato on our walk back and checked out some shops that we put on the itinerary for Saturday. 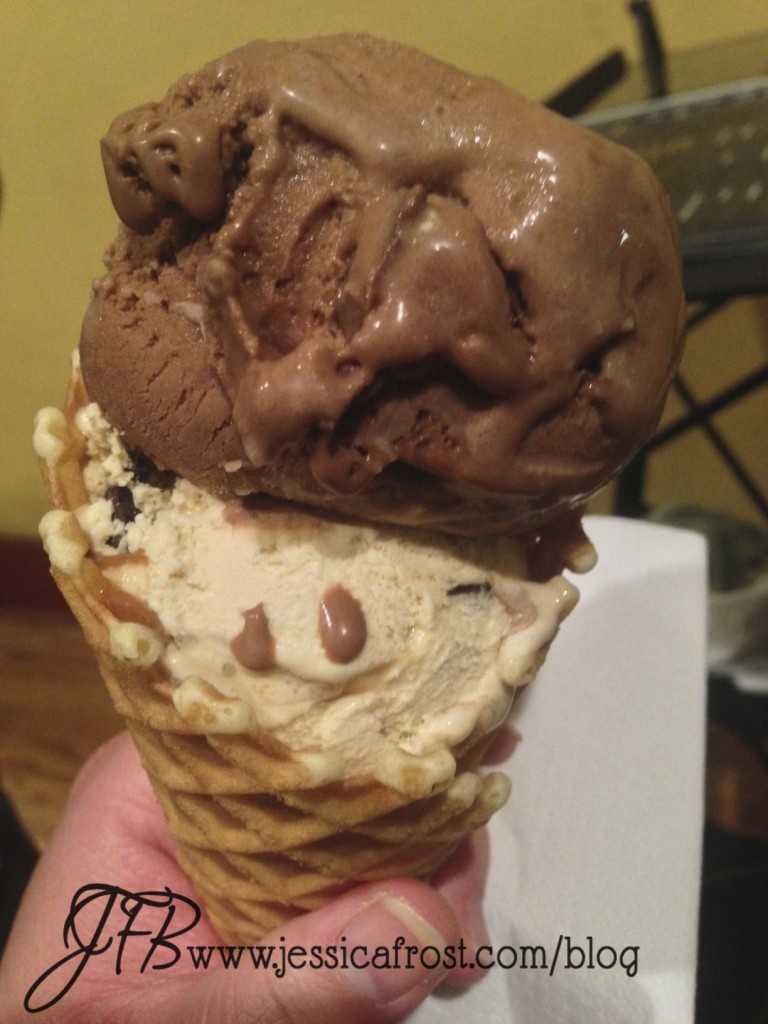 Saturday morning we headed to Pamela’s Diner for breakfast.  I had heard from a few people and several online reviews that it was THE quintessential Pittsburgh breakfast spot and it did not disappoint!  I had the strawberry filled pancake crepe and it was incredible.  Their pancakes aren’t big and fluffy like a normal pancake they’re bigger and more crepe-like.  But they’re also not as thin and light as a crepe they’ve got more of a pancake heft to them…if that makes sense.  But my favorite part, the crispy edges of the pancake.  Yum…(and now today’s bowl of cereal suddenly feels very inadequate). 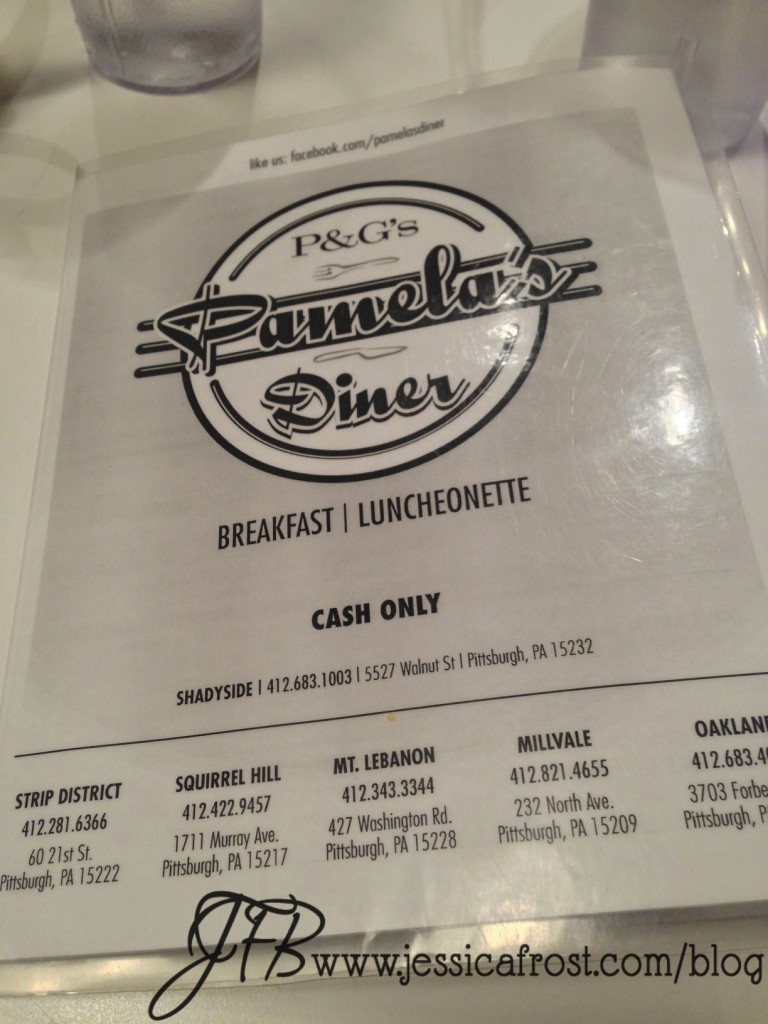 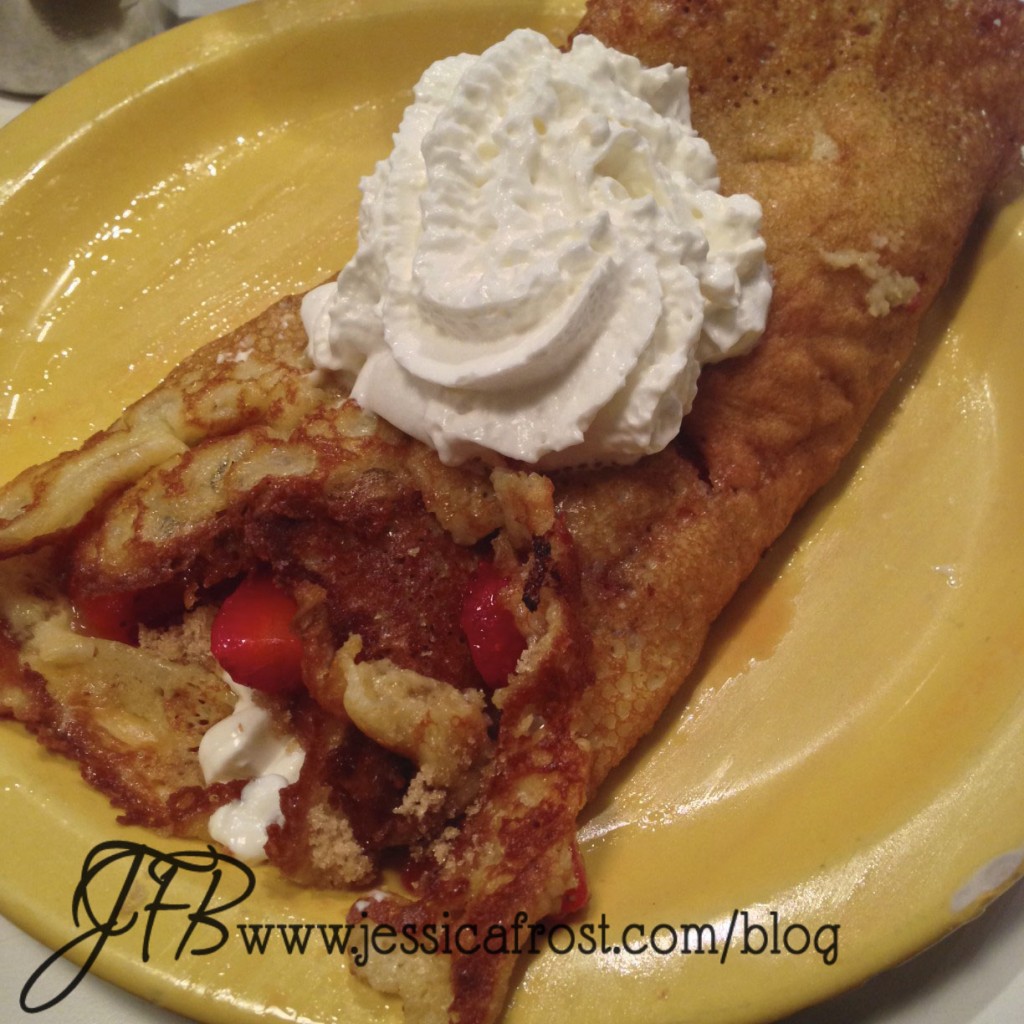 After breakfast we were stuffed but we walked next door to Prantl’s Bakery.  I’m sure I would have been even more appreciative if we weren’t totally full from breakfast but I did want to buy a burnt almond torte to take home.  I heard all sorts of wonderful things about that cake and I thought it would be nice to have on my actual birthday on Monday.  Of course our resident house baker, Steve, will be making me a birthday cake but it’ll have to wait until next weekend when he’s got plenty of time to put his genius to work!  (Anyway, we had the cake last night…and it was awesome.  I can only imagine what it tastes like totally fresh and right from the bakery!)

We also popped into a couple of the little boutiques and stores along the street as we were walking back to our hotel.  Then we picked up my camera and headed off to Mellon Park.  It was about a 15 minute walk from our hotel but a very enjoyable one as our walk took us through some gorgeous neighborhoods with really pretty houses and landscaping!  One yard even had a large albino giraffe! 😉 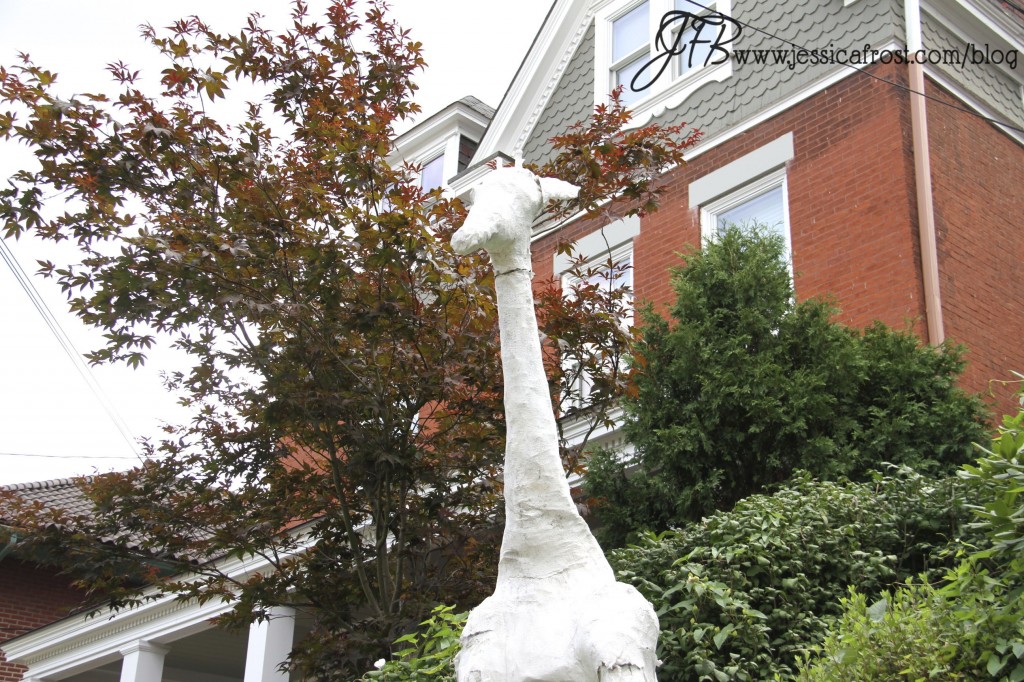 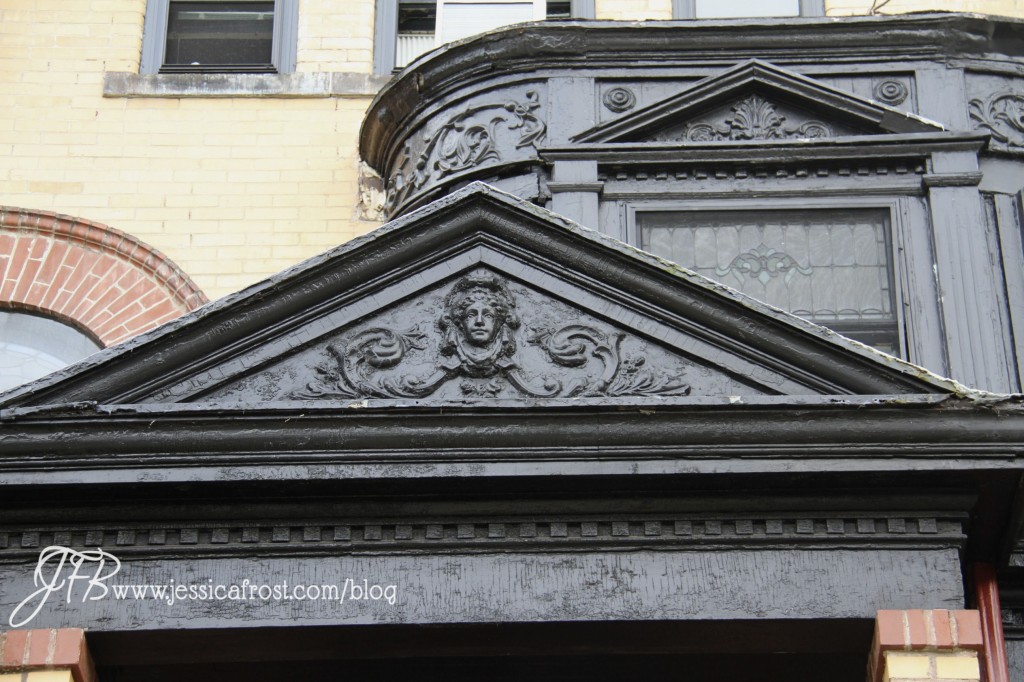 So the craft festival is Pittsburgh’s A Fair in the Park and is held yearly at Mellon Park.  It was smaller than some of the craft shows that I’ve gone to in Virginia Beach but the quality of the vendors was GREAT!  Sometimes I’m less than thrilled with some of the “crafters” that show at the our local craft shows…if it looks like something I could do with little to no training it doesn’t seem like it’s craft show worthy.  And a lot of times that’s the majority of the vendors at the local shows.  So I was really pleased to see such a wide range of crafters and crafts! 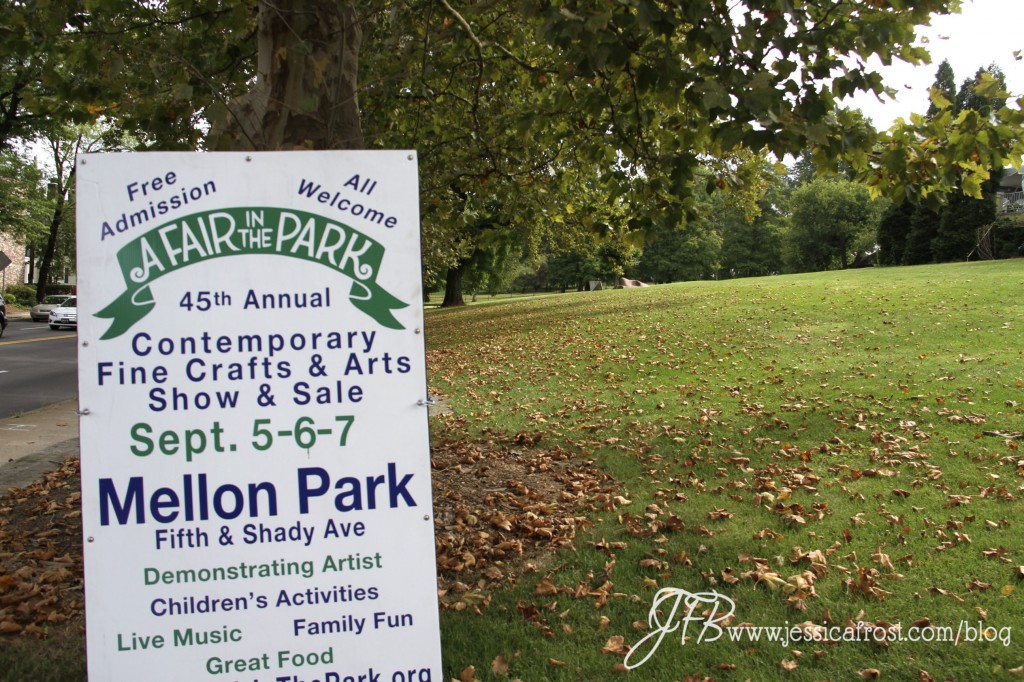 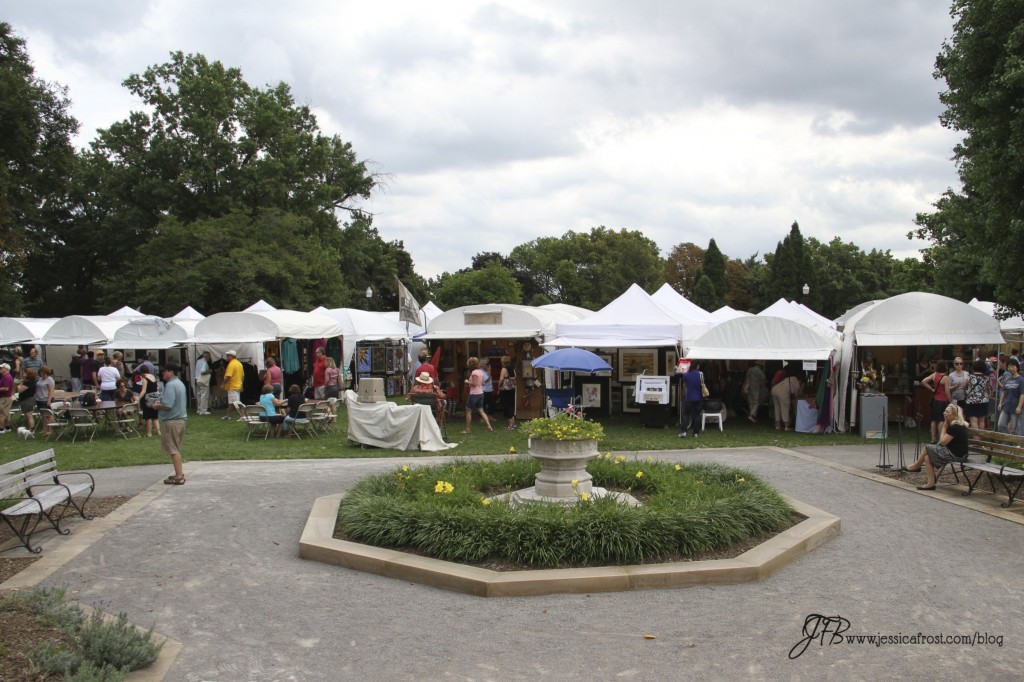 I made a few gift purchases that I can’t photograph yet but I did buy myself a little gift from an awesome wood-worker!  These beautiful cherry spreaders and the cutting board is made by Jonathan’s Spoons.  I was really excited to see that he sells online…I think I may be adding more to my collection later! 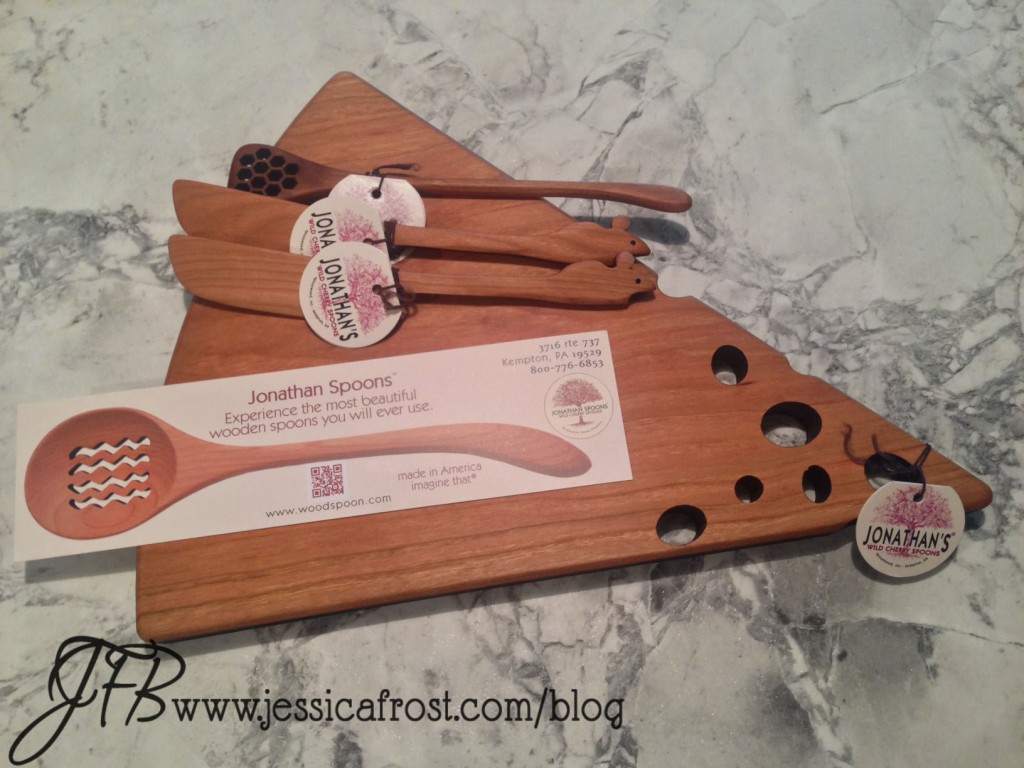 While we were at the craft show we also sampled strawberry lemon italian ice (yum!) and listened to the opening music act, Cello Fury.  They were INCREDIBLE!  Three classically-trained cellists who have gone on to create some very prog-rock, metal music…Steve was in heaven!  If that genre is your thing I HIGHLY recommend checking them out! 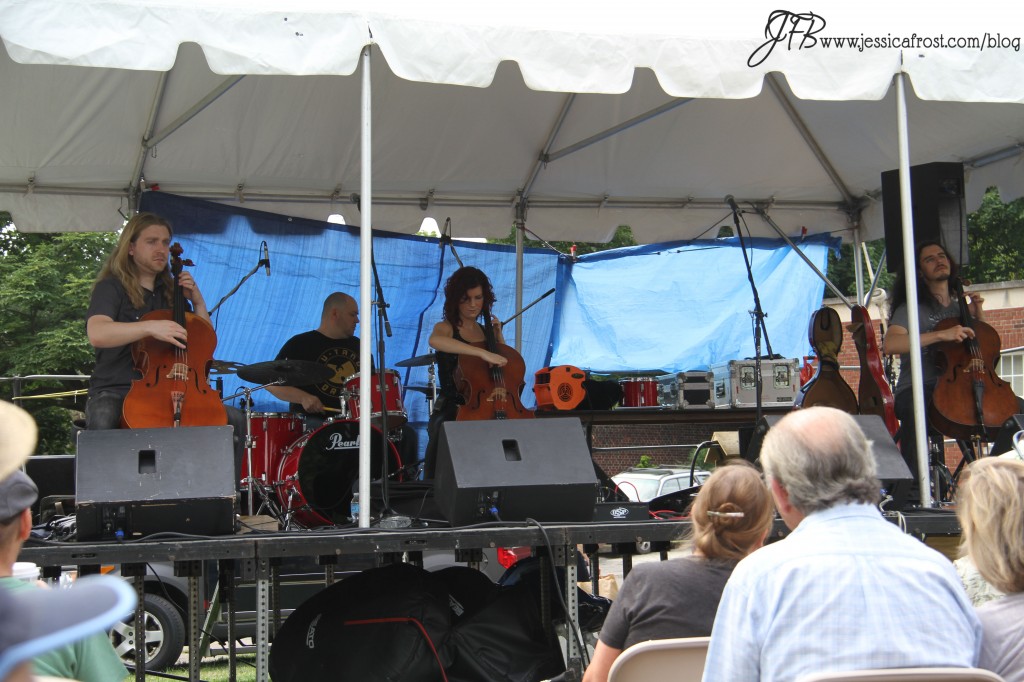 And we just enjoyed walking around Mellon Park.  There was some beautiful landscaping and architecture…plus this cute frog statue! 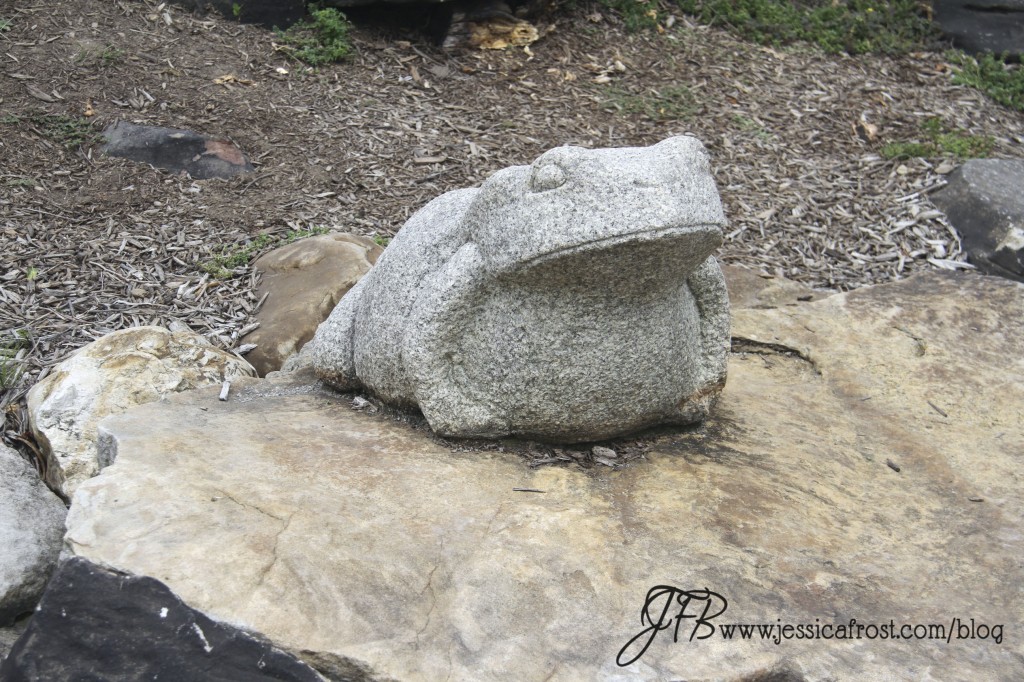 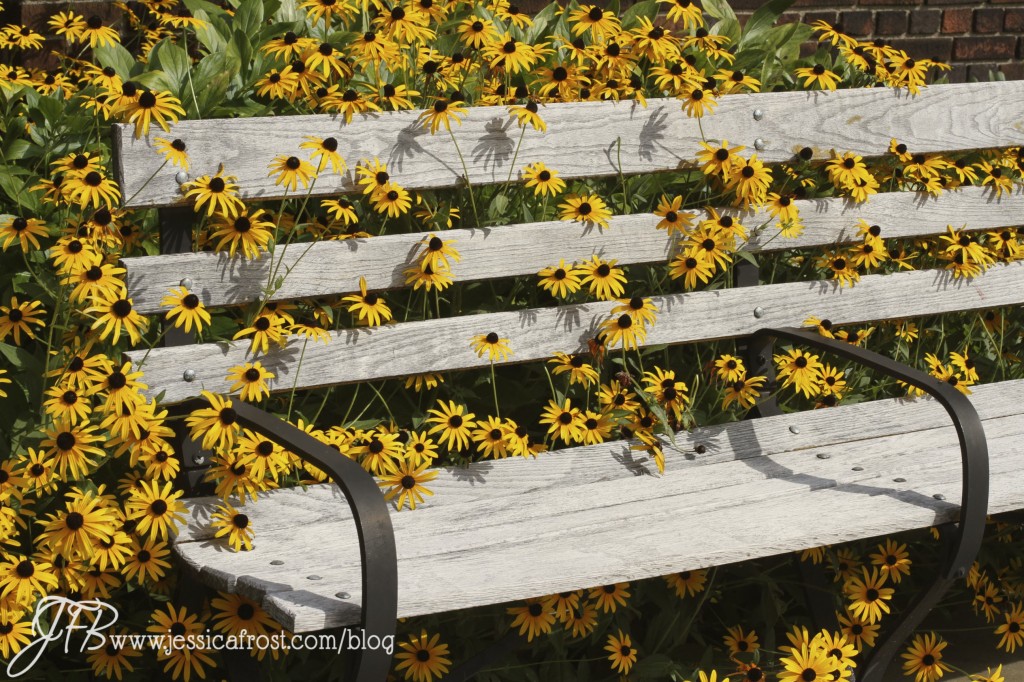 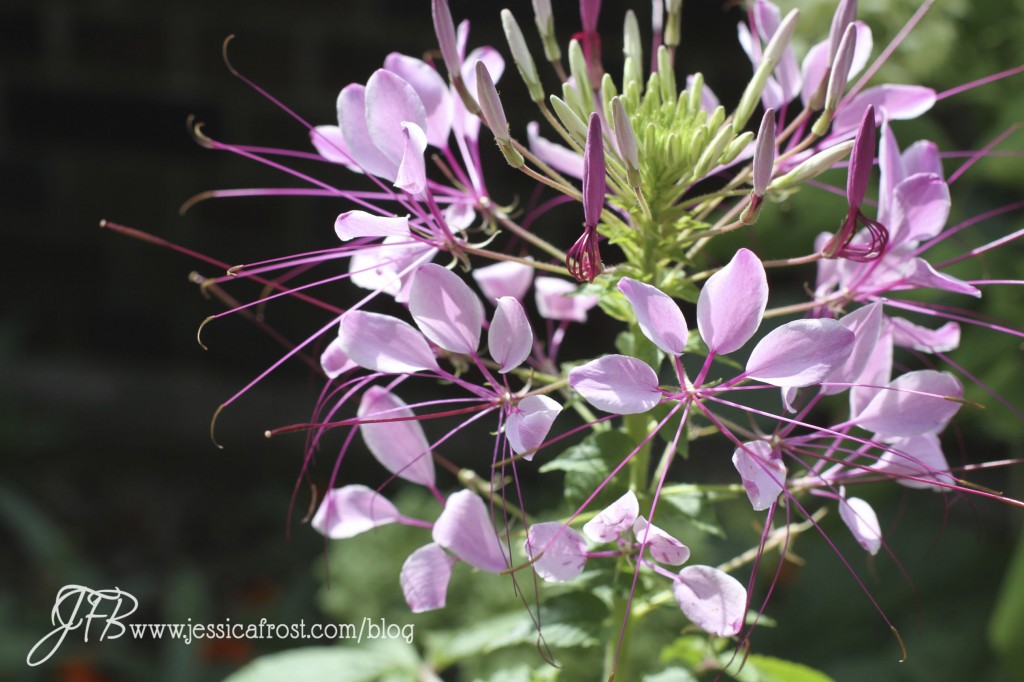 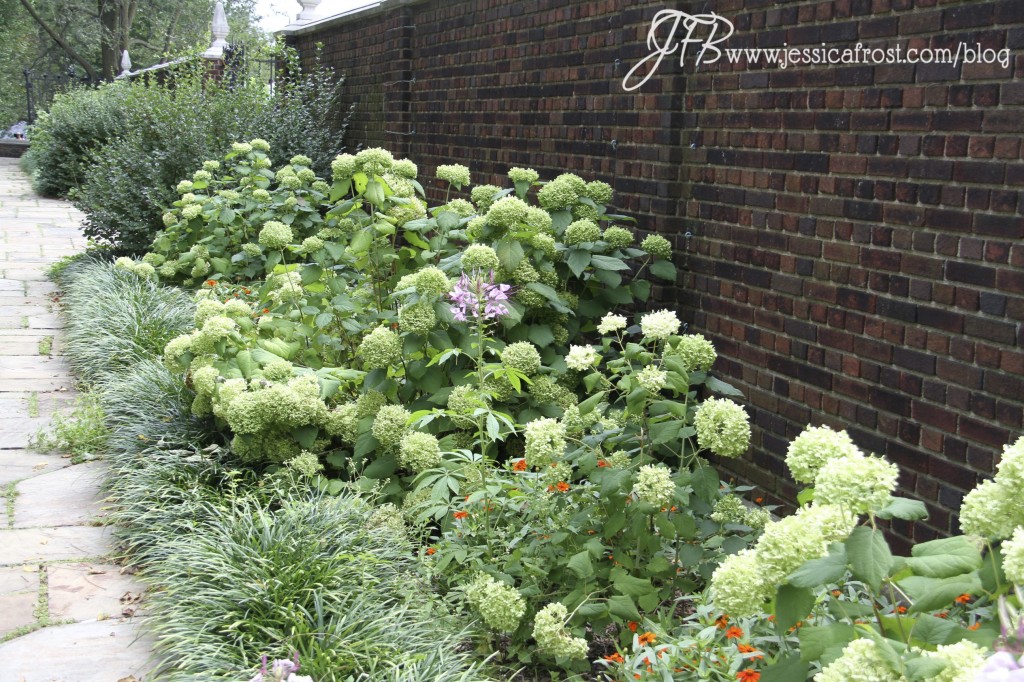 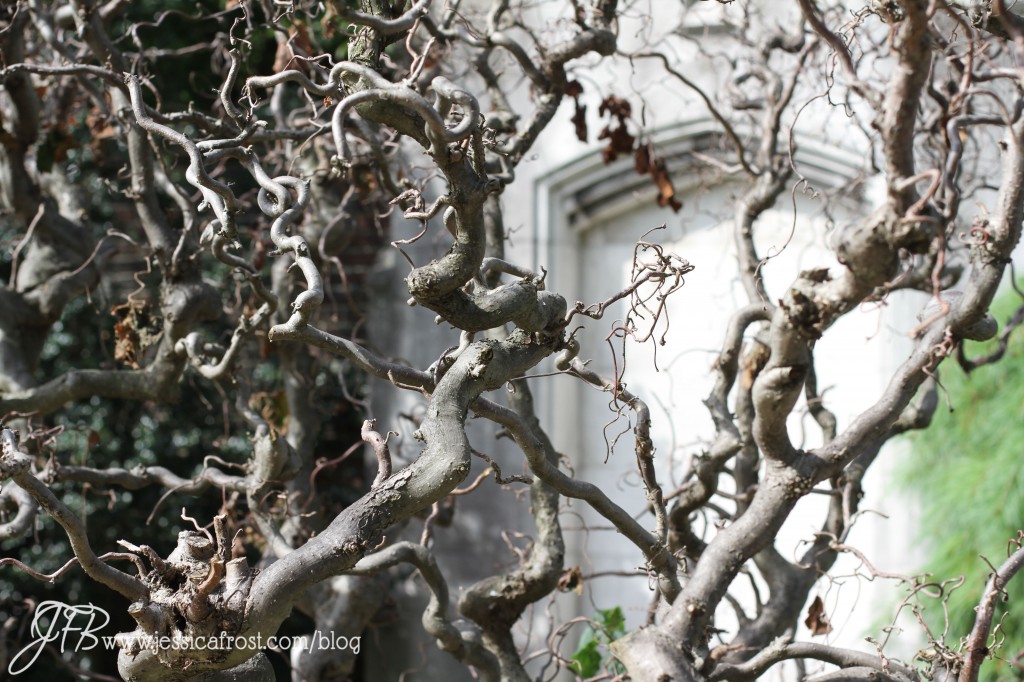 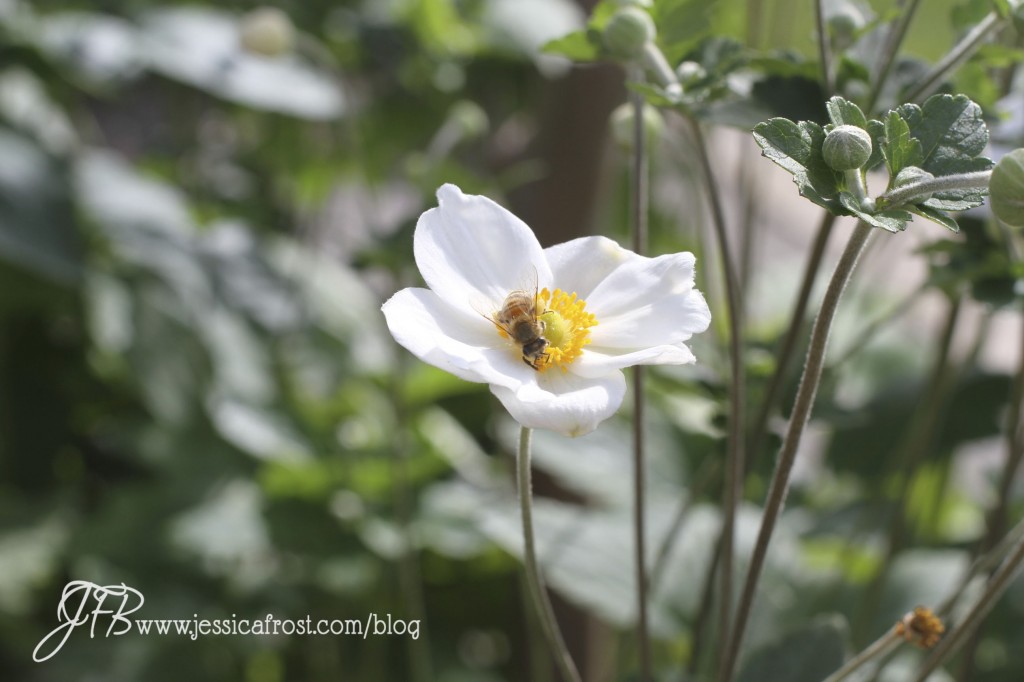 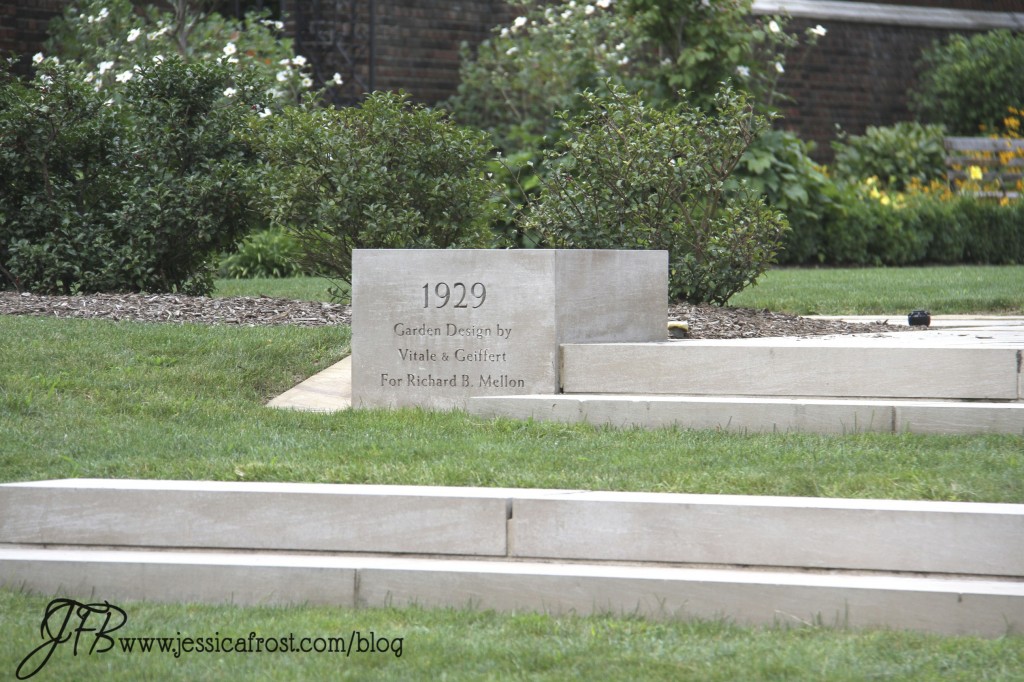 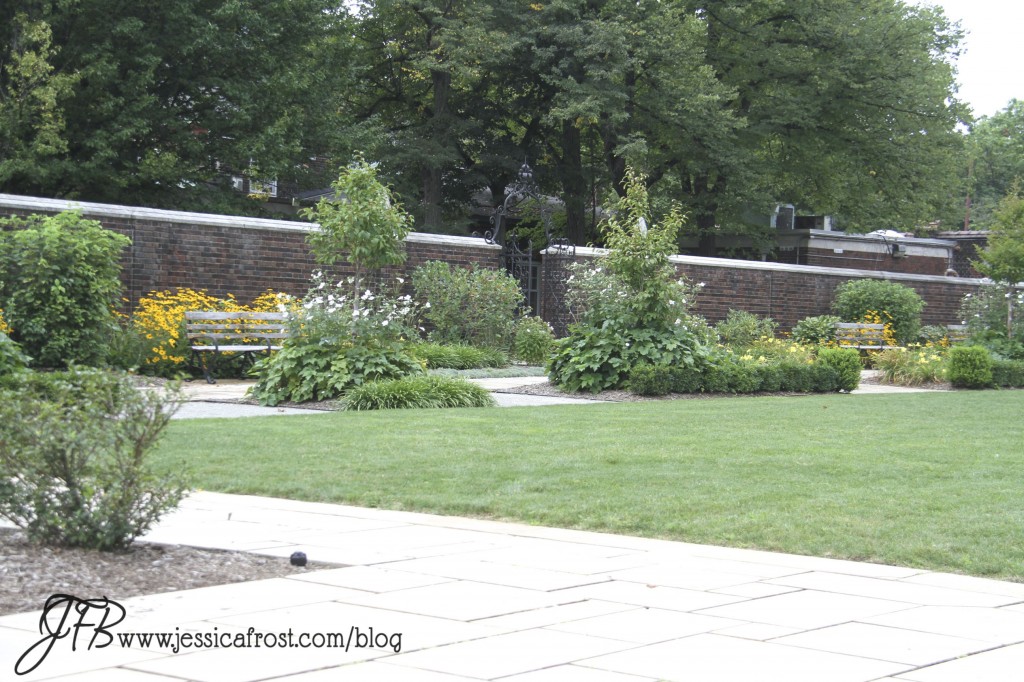 Anyway, I think this is enough for a first post!  I’ll be back later with the rest of our trip! 🙂