Hello world!  It’s been awhile…we’ve moved into the new house and are slowly (keyword: slowly) unpacking and settling in. With all the house stuff, I’ve been seriously neglecting this blog but hope to change that around this month!  I’ve decided to try the NaBloPoMo this month.  For those that don’t know, NaBloPoMo stands for National Blog Posting Month and I guess it technically can be done any month but tends to get more focus during November and NaNoWriMo (National Novel Writing Month).  There’s NO way I’m up for writing a novel…but I think I can handle a daily blog post.  Hopefully this will get me back in the swing of posting things!

Of course, the moment I decide to post daily…I lose all ideas.  So I’m going to cheat today and take NaBloPoMo’s prompt for today.  So here goes:

Friday, November 1, 2013
If you found one million dollars in the morning and had to spend it by nightfall, what would you do with the money?

Some of you may already know this, but if you don’t, I have a pretty extensive imagination.  One of my go-to ploys for staying awake on a long drive home is to play the “if I had a million dollars what would I do” game.  Of course, over the years I’ve realized that houses cost a lot more than I originally realized so I’ve upped the game to “if I had a 100 billion” (I dream big!) and that seems to be enough to keep me awake for an hour or two.

So, this is actually a little harder to answer simply because I’ve been designing my dream home/environment for so many years now that it’s difficult to condense it down into one day and only one million.  Unfortunately house-building is probably out of the question.  I guess we’ll have to narrow it down to travel and shopping!  If only I had this problem in real life…*sigh*…

Anyway, I think I’d do the following:

1.  Charter a private jet to Seattle.
2.  Close Pike Place Market to the public for a few hours for an uninterrupted private shopping spree!
3.  Fly to San Francisco.
4.  Eat, shop, and feed a sea lion!
5.  Fly to Rodeo Drive and spend any remaining money at Harry Winston and Tiffany & Co!
6.  Watch the sun set in Malibu while eating chocolate covered strawberries and the most expensive bottle of champagne that I can buy!

Okay, so I guess it wasn’t that hard…if anyone wants to donate a million I’ll totally make it happen! 😉 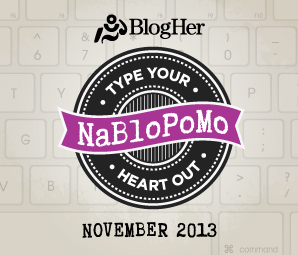