This weekend was quite jam-packed; we headed to Pittsburgh Friday morning, came home Saturday morning, and then drove two hours down Skyline Drive for a wedding gig Saturday afternoon.  That’s the short version…

Steve and I have been trying to plan a trip out to the Pittsburgh area to visit his grandma for awhile now.  We ended up deciding it would be easier to do over the summer when we could also include his mom and brother.  Unfortunately the only free weekend for everyone also involved a wedding gig for me which meant that the trip had to be a little condensed.  And then we decided to make it even more complicated! 🙂

Our kitten has been adapting to our family marvelously except for her stomach…she has random digestive issues and has unfortunately been on an assortment of meds for the last few weeks that haven’t always helped the situation.  Because Rogue is so young we decided that we didn’t want to leave her alone for the night so on Friday morning we packed four people, two dogs, and a kitten into my van and headed out!  Luckily it turns out that Rogue is a good traveler.  Except for a steady stream of meows she handled all the traveling very well.

We arrived in Canonsburg, PA (a little south of Pittsburgh) around 1 on Friday and met up with some of the members of Steve’s extended family (on his mom’s side) who traveled in from Ohio.  It was a gorgeous day and we enjoyed a nice potluck picnic lunch outside while we visited.  I love his aunt’s house.  All the houses in the neighborhood were very different and interesting looking but I especially liked the way hers seemed to be built into the hill. 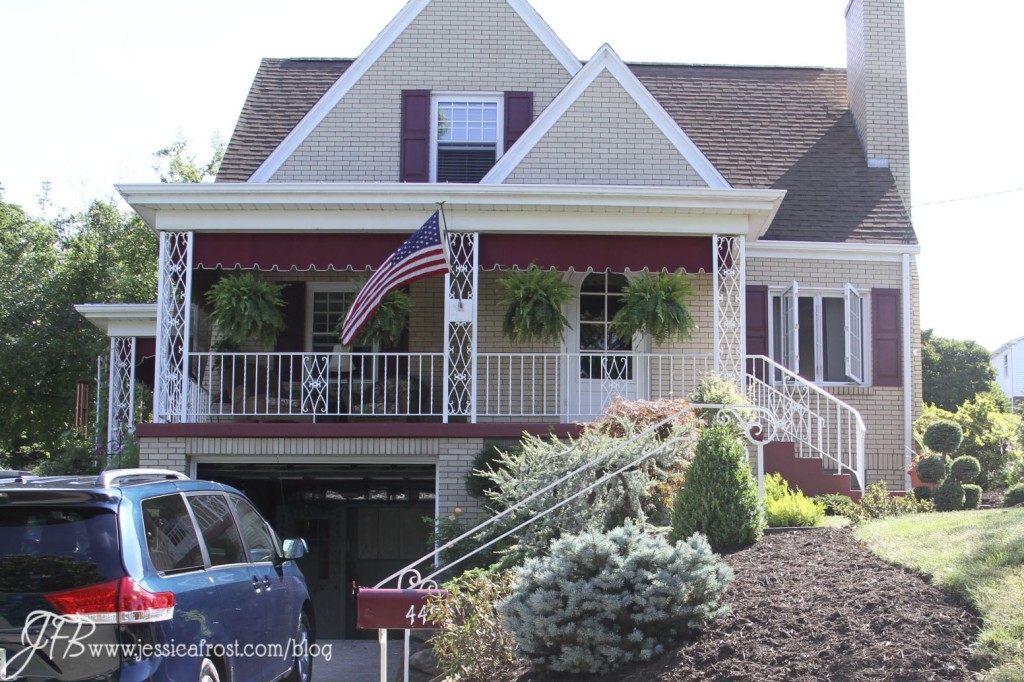 And she had beautiful landscaping and flowers all around the house.  Unfortunately, by the time I took my camera out, the wall of morning glories on the side of the house had closed up for the day but these were some of my other favorites! 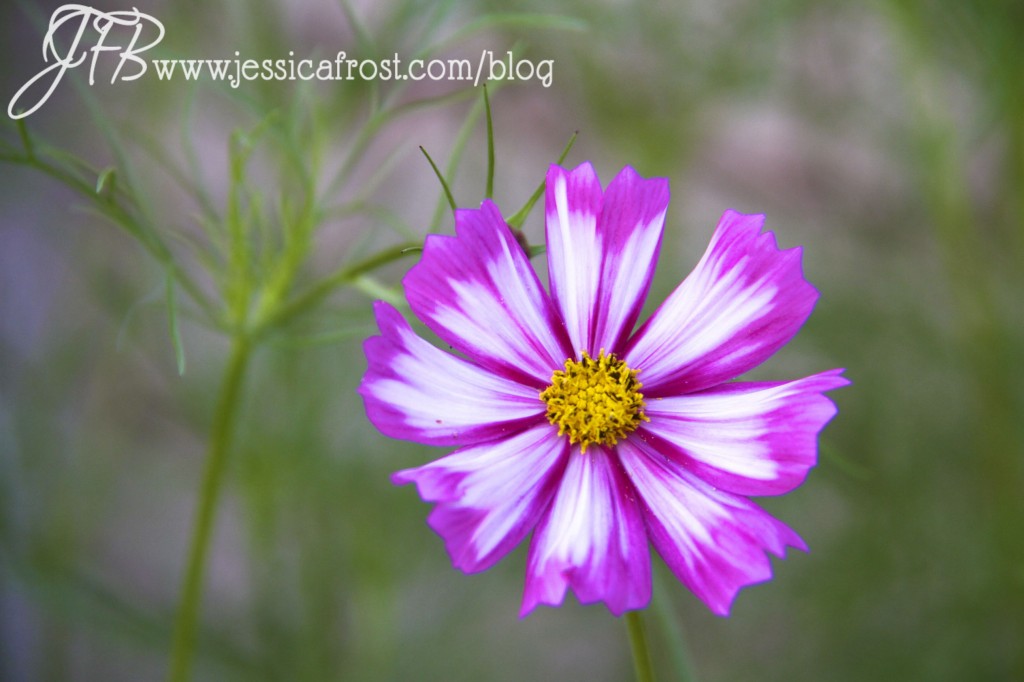 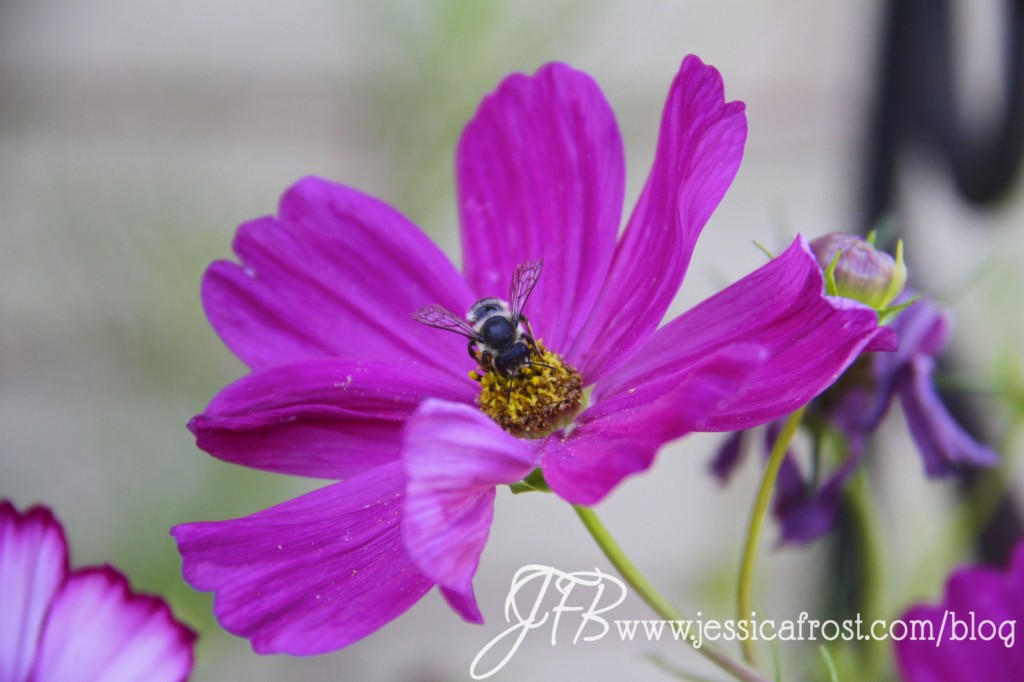 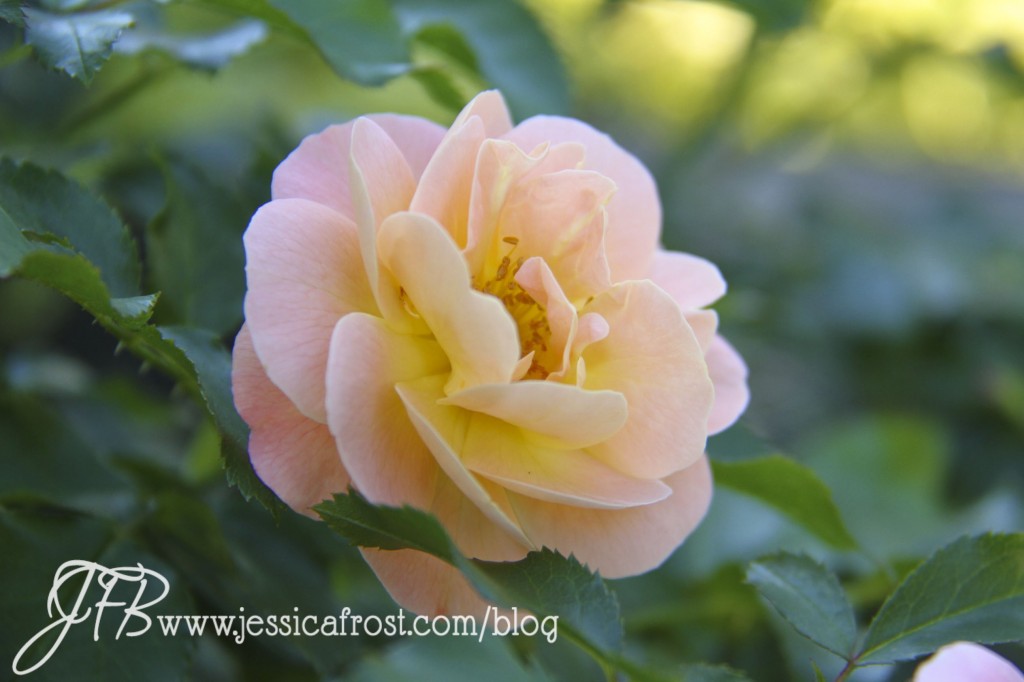 It was wonderful seeing Steve’s extended family.  It’s the first time we’ve seen some of them in several years.  I had the role of photographer (which suits me just fine…I’d rather be behind the camera than in front of it!) and I enjoyed taking some group shots! 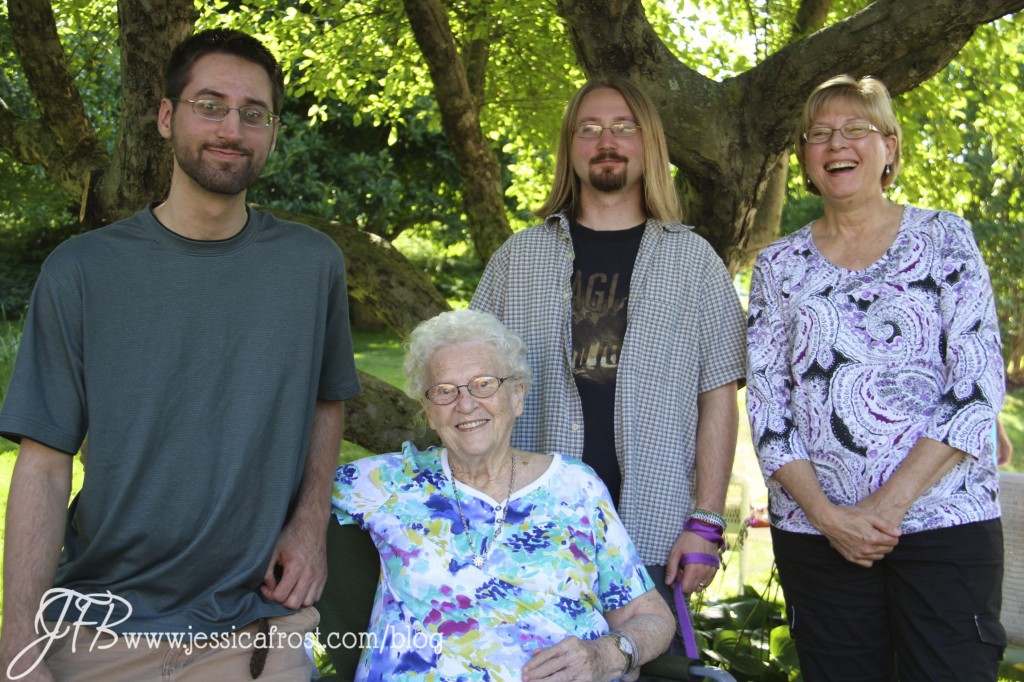 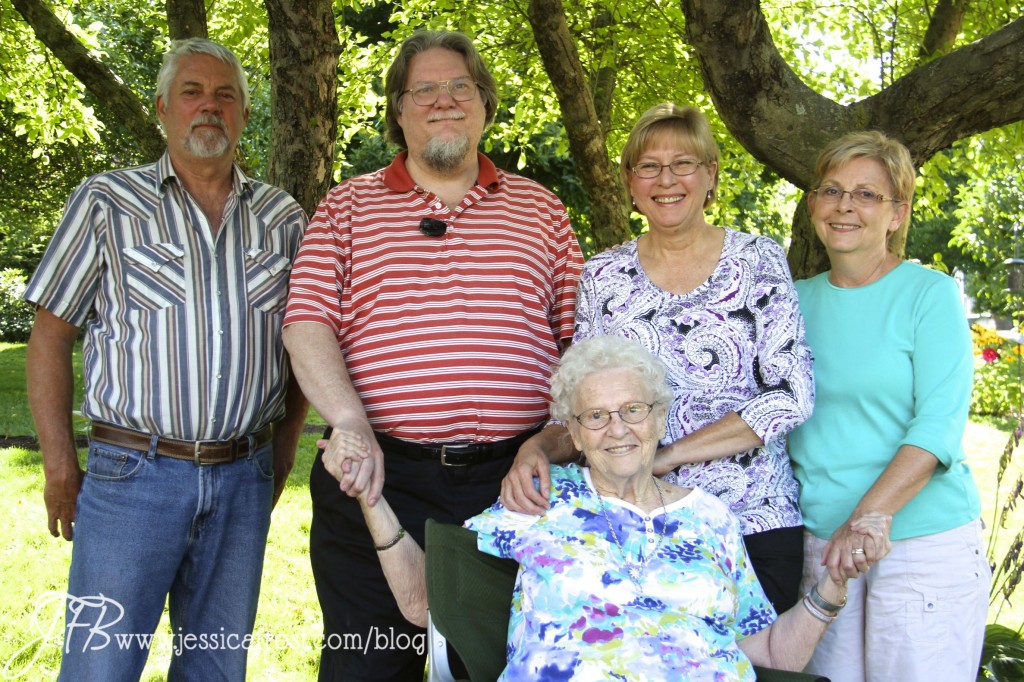 Grandma Bonnie and her children, Ron, David, Nancy, and Judie

Later in the evening Steve, Dan, and I traveled in to Pittsburgh to do a little shopping!  We stopped at The Milkshake Factory for a quick snack and then went to Eide’s Entertainment!  Over the last couple years Steve has gained a renewed interest in comic books so whenever we travel to a new place we scope out any local shops.  There were a few listed in Pittsburgh but this one seemed the most promising.  It was quite the store…I think Steve could have easily spent a whole day browsing through all of their comics! 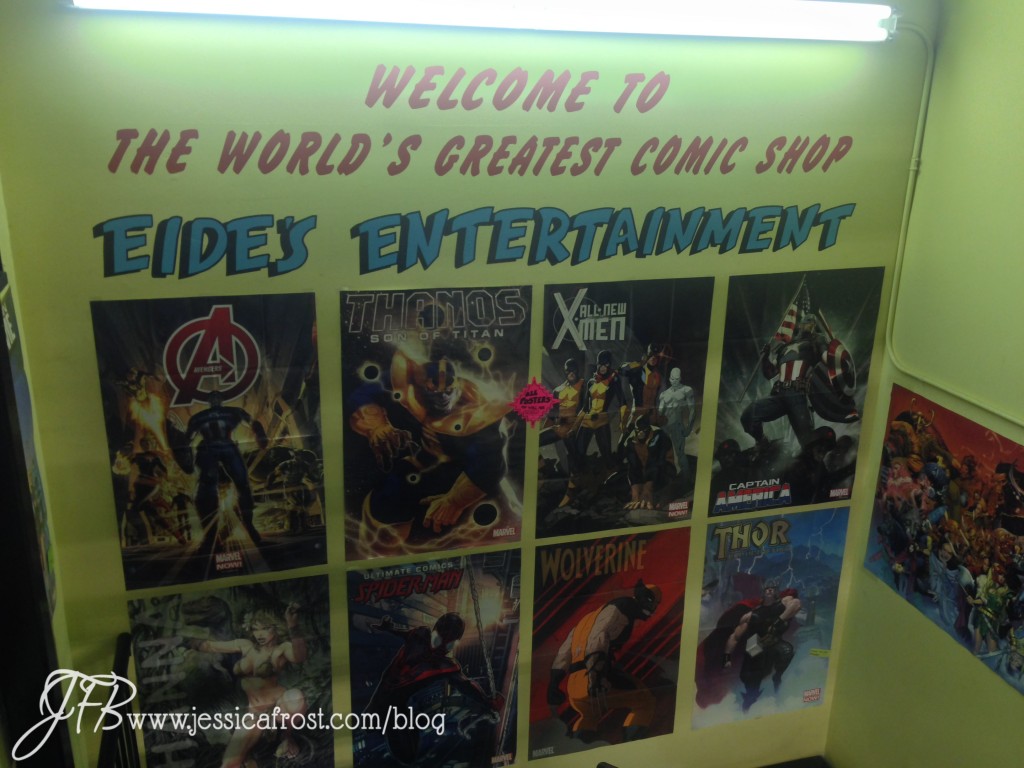 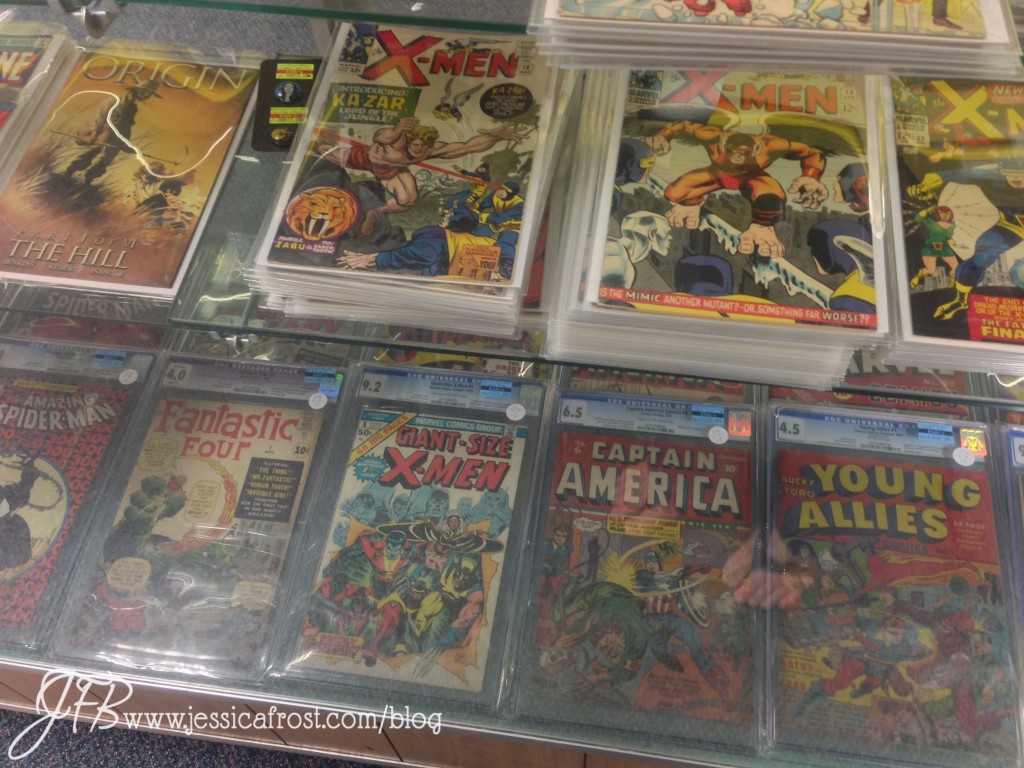 After that we drove back to Canonsburg, dropped off Dan, and picked up Rogue, Merlin, and Archimedes to go off to our hotel in Washington, PA.  Saturday morning we loaded everything (and everyone) back into the car (along with 8 dozen ears of sweet Ohio corn!) and headed back to Virginia.  We got home around 2, let the dogs and the kitten rampage through the house for an hour or so and then Steve and I packed up the harp and left for my gig.

The wedding ceremony took place at Big Meadows in Shenandoah National Park but the bride was very considerate and did not ask me to drag my harp through the woods to the ceremony site.  The flutist I perform with, Charlene, played the ceremony solo and then I played for the cocktail hour and dinner inside Big Meadows Lodge.  Unfortunately I only had my iPhone for a quick photo but the view out of the window was spectacular! 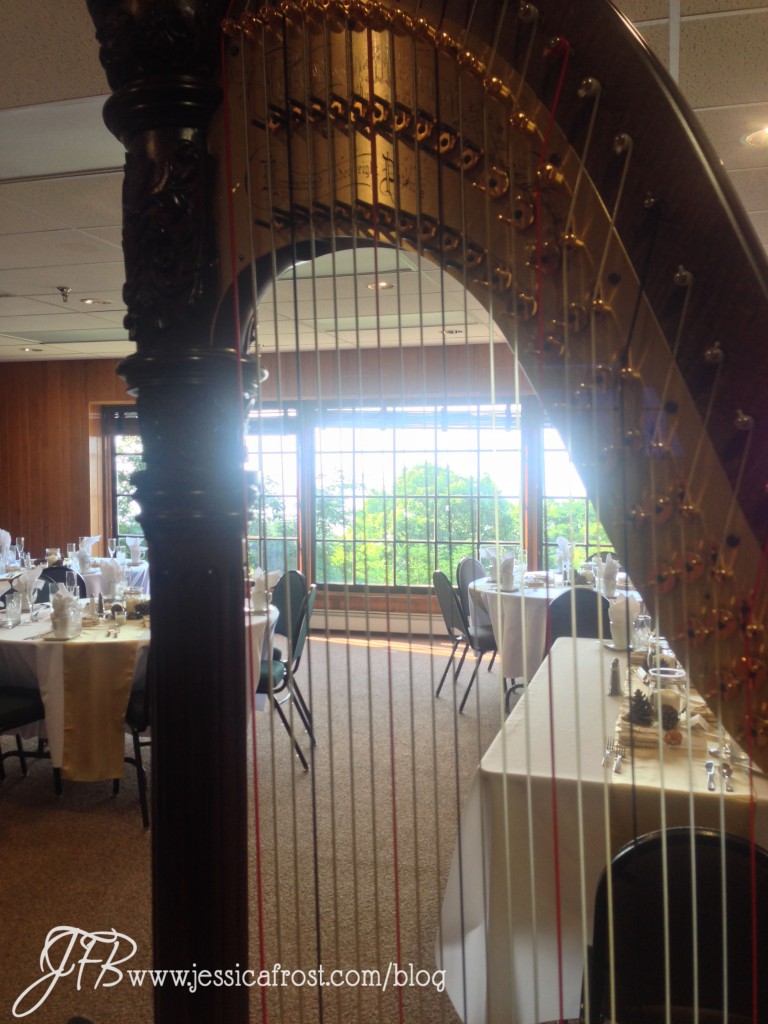 It was a charming wedding and I played a fun mix of classical and contemporary music.  I don’t often play receptions and it’s nice to see the more lively side of weddings sometimes.  I especially enjoyed getting to hear the toasts from the maid of honor and best man.  They did a wonderful job!

When they were done with dinner and ready to start dancing we packed up the harp and finally headed home for the night!  We didn’t see any bears but did see quite a few deer on the road.

Luckily today was a fairly laid-back day.  Neither of us had any private lessons so after church we mostly spent the afternoon settling back into the house and relaxing.  We tried a new recipe for dinner: honey-lime marinated chicken breasts with a grilled corn, peach, and tomato salsa and fresh honey glazed cornbread and finished off the day with peach dumplings and True Blood!

All in all, a busy but enjoyable weekend…tomorrow is my last day of summer lessons and then we start gearing up for the start of the school year!!  Eeek! #ineedmoretime!

« Get Well Cards and my first crafting giveaway!
Online Card Classes: Days 1 and 2 »