We’ve got two floors, four walls, and all interior framing!  The roof comes tomorrow (weather pending) and stairs, windows, and doors arrive later this week!  I can’t believe how fast it’s moving now that we’ve finally gotten started.  It’s hard to believe that just a few weeks ago I was getting excited about dirt.  I know it’s going to take a lot more time once they move inside but it’s so thrilling to stand in the house and know that in a few short months, we’ll be living there! 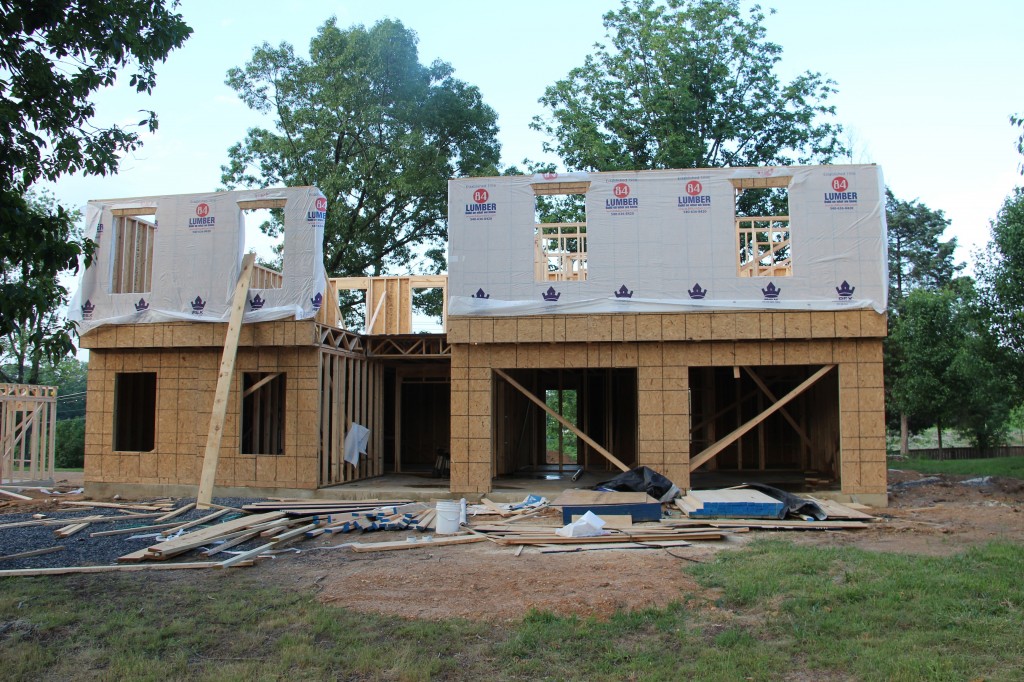 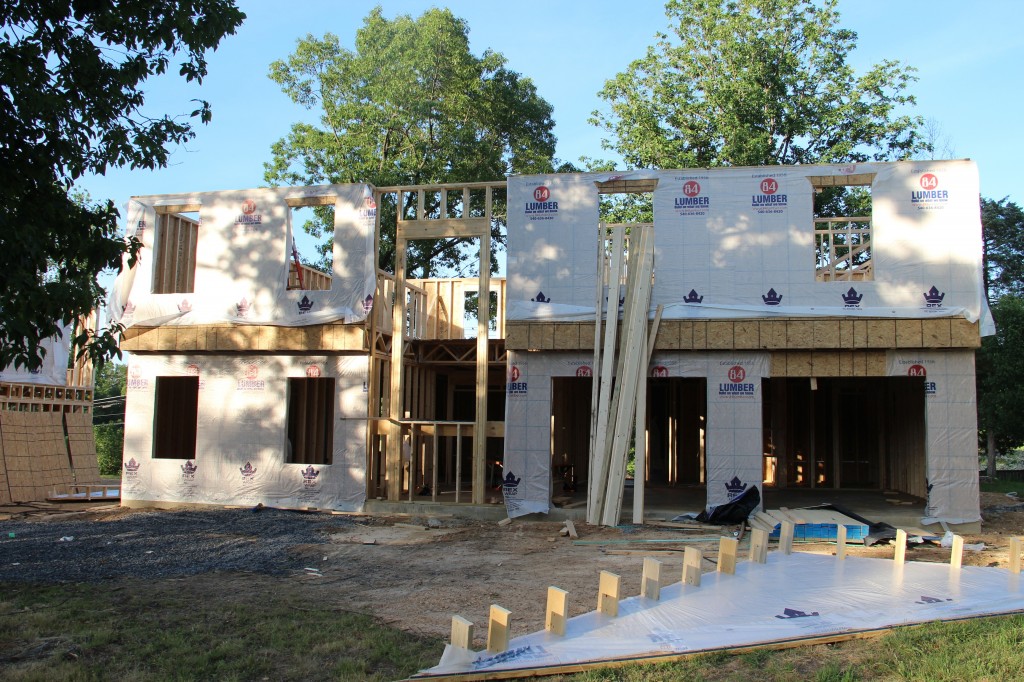 On Monday I met with the builder and my realtor for a brief walk-through.  This was the first time I’ve actually caught the builder on-site (we constantly seem to miss each other) and this was the first time Bob, our realtor, has seen the construction!  It was great to talk to both of them and get an updated timeline from Jamie.  If all goes well, Steve and I will do a walk-through this weekend to mark in electrical outlets.  We are putting in a security system and they should be coming next week for the installation.

And more exciting news, our best friends, Heather and Richard, are coming to visit next week!  We’ve got our fingers crossed that they’ll be moving back into the area shortly and maybe we can convince them to move somewhere nearby!!  I’m looking forward to being able to show them the house but more importantly, I just can’t wait to see them!  It’s been FAR too long!

Finally, it’ll be a busy end to the week.  I’ve got a long-distance wedding gig on Friday with my favorite flutist, Charlene, and hopefully a Wegman’s stop on the way home!  Saturday is my harp studio recital down in Bridgewater and on Sunday we have two studio recitals in the afternoon.  My harpists and Steve’s tuba student will perform first and then my piano students will perform in a separate recital.  Several students are now performing solos and ensemble pieces at the recital and it’s just gotten way too long to do in one sitting.  I think each recital will be about 75 minutes!

I’m also looking forward to passing out all of the Festival certificates and trophies that my students earned this year.  This was the third year that I’ve had students participating in the theory exams for Festival.  Almost all of my students who participated for the past three years received consecutive superior ratings in theory and will earn their first theory trophy this year!  I also had an incredibly difficult time deciding who would receive the Studio Awards for the year.  I’m absolutely thrilled that I’ve had such wonderful students this year that it’s been virtually impossible to select front-runners (but I almost wish that they’d made it a little easier)!  I’ve also started working with two new students this week and have five new students lined up for the fall!  Never a dull moment around here!