Good morning!  Today I’m back with two more birthday cards using the HBD die from Simon Says Stamp and CZ Design.  You can find yesterday’s cards here.  Today I tried to go a little more masculine and tried a new-to-me product that I just adore! 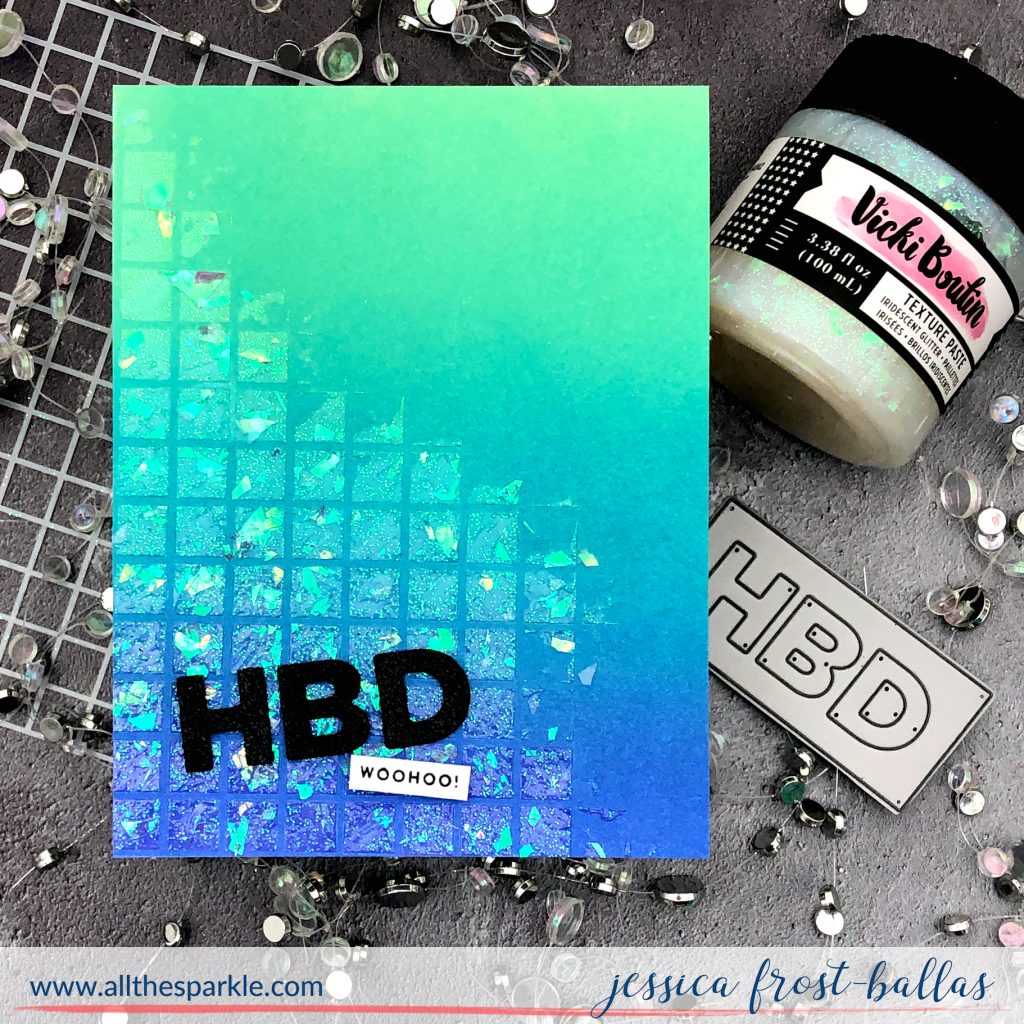 I started by blending cracked pistachio, peacock feathers, and blueprint sketch distress oxide ink onto a piece of white cardstock.  I let it dry and then taped the grid stencil over it.  Next I used a spatula to apply a thin(nish) layer of Vicki Boutin Iridescent Texture Paste over part of the stencil.  I say thinnish because it’s a thicker paste with glittery flakes and chunks that aren’t super thin but believe me when I saw it totally works!  Occasionally I just used a finger to smooth down an errant flake! 😉 This is definitely not a super tidy technique but the glimmer and shine is totally worth it!!  I let it dry for a few hours (it also takes longer than regular paste) and then trimmed the panel down.  Some of those flakes still poke up from the rest of the paste creating a really interesting texture! 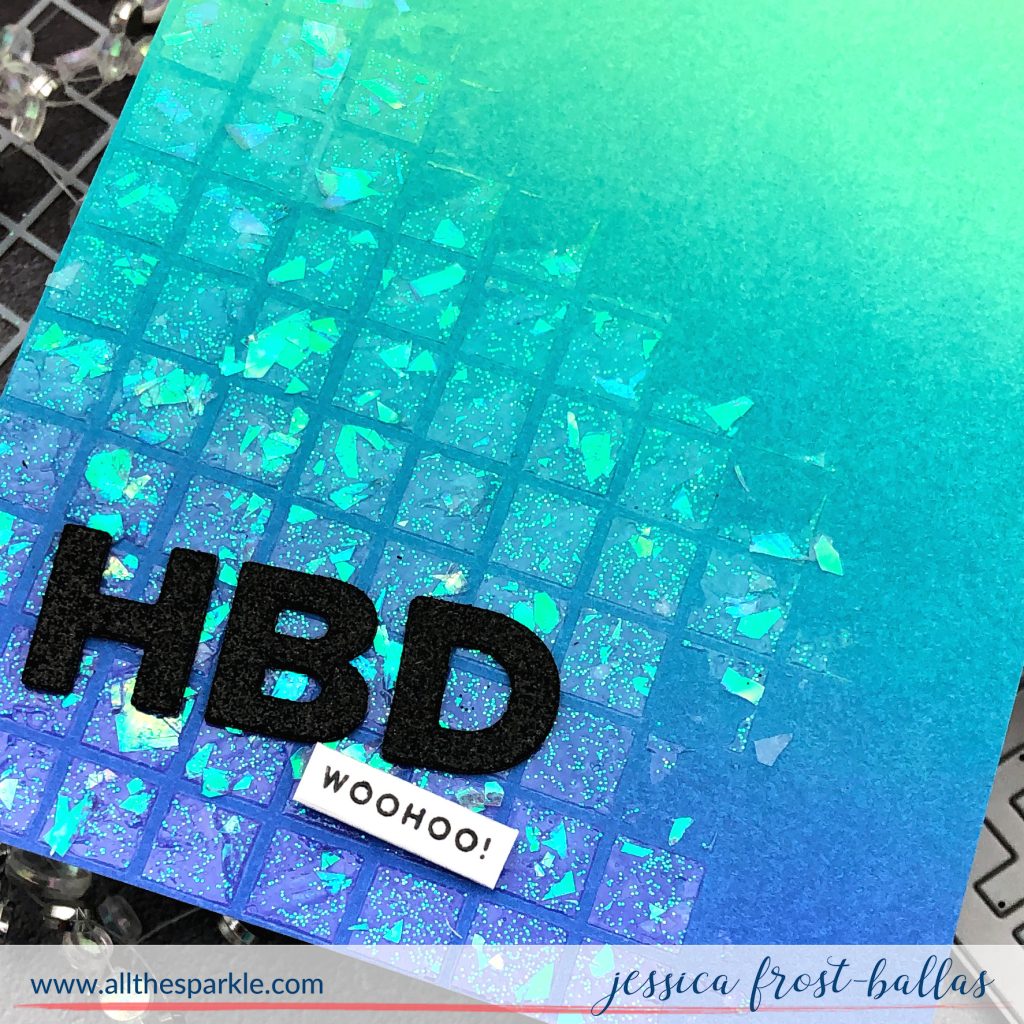 I didn’t want to go overboard with this card so I simply die-cut the HBD word with black cardstock and black glitter cardstock and adhered them together before adhering them to the stenciled panel.  I also stamped a small sentiment from Tiny Words Birthday onto white cardstock with versafine and heat-embossed them with clear embossing powder.  I trimmed that down to a thin label and adhered it with foam mounting tape to finish the card!  I wish I could capture all the sparkle and shine of this card…it’s stunning in person! 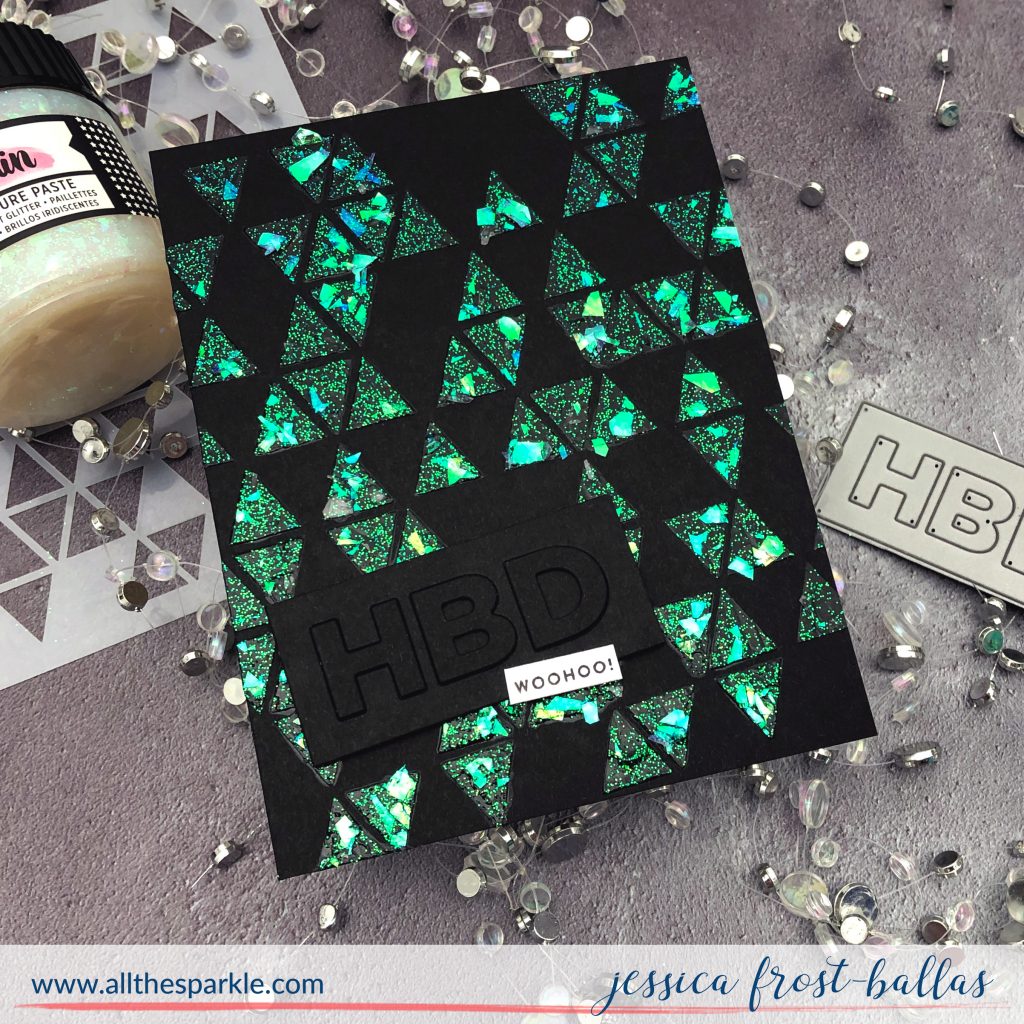 The next card uses the same texture paste but it really looks quite different!  For this card I taped the Triangle Blast stencil over a piece of black cardstock (slightly at an angle) and applied a layer of the paste.  There’s nothing on the panel but paste but depending on how the light catches the paste it appears teal to green to royal blue!  It’s quite something! 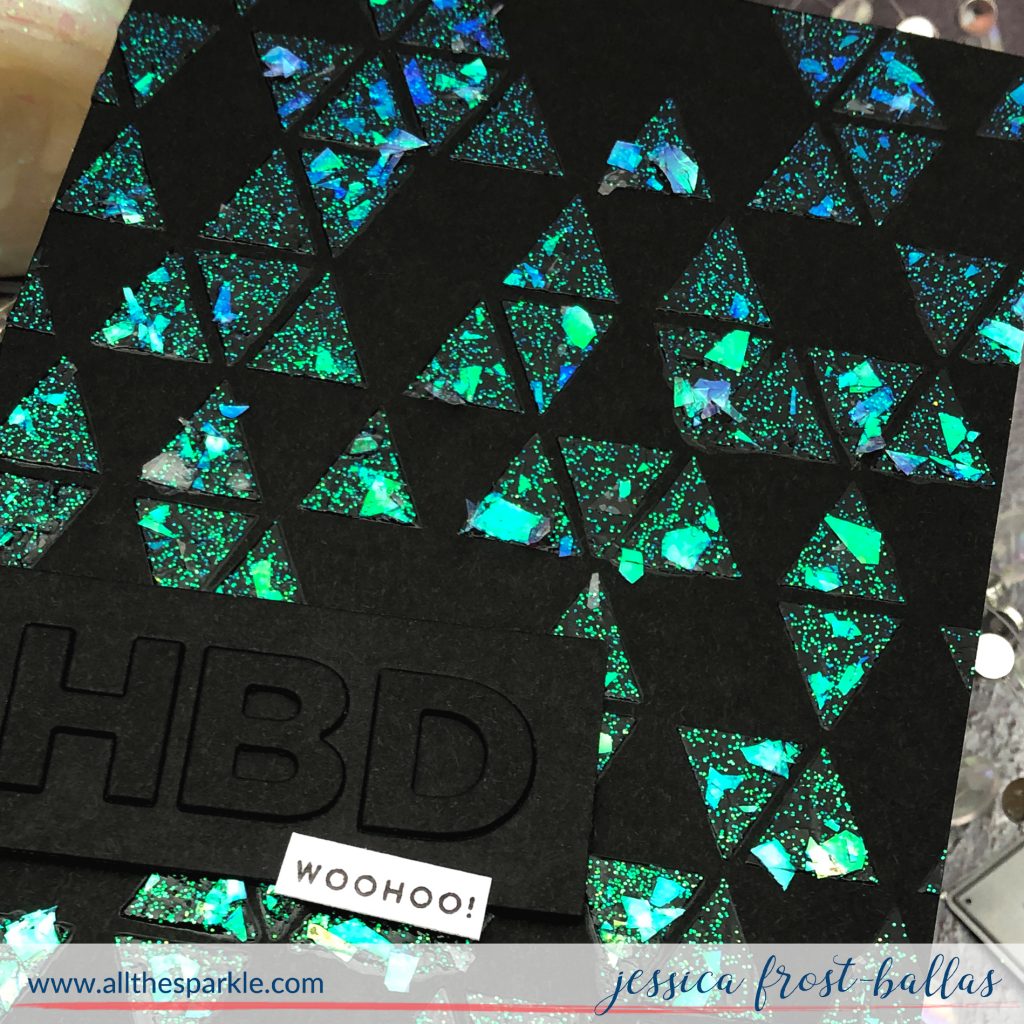 While that was drying I die-cut the HBD die from black cardstock three times.  I also cut a small panel of black cardstock to adhere behind the outline die.  Then I layered the letters three times and inlaid them in the panel to create a little dimension.  I adhered that to the card with regular adhesive and then stamped a smaller sentiment from Tiny Words Birthday onto white cardstock with versafine and heat-embossed it with clear embossing powder.  I trimmed it down to a thin label and adhered it to the panel with foam mounting tape!  It’s a very different look from the first card but equally striking I think! 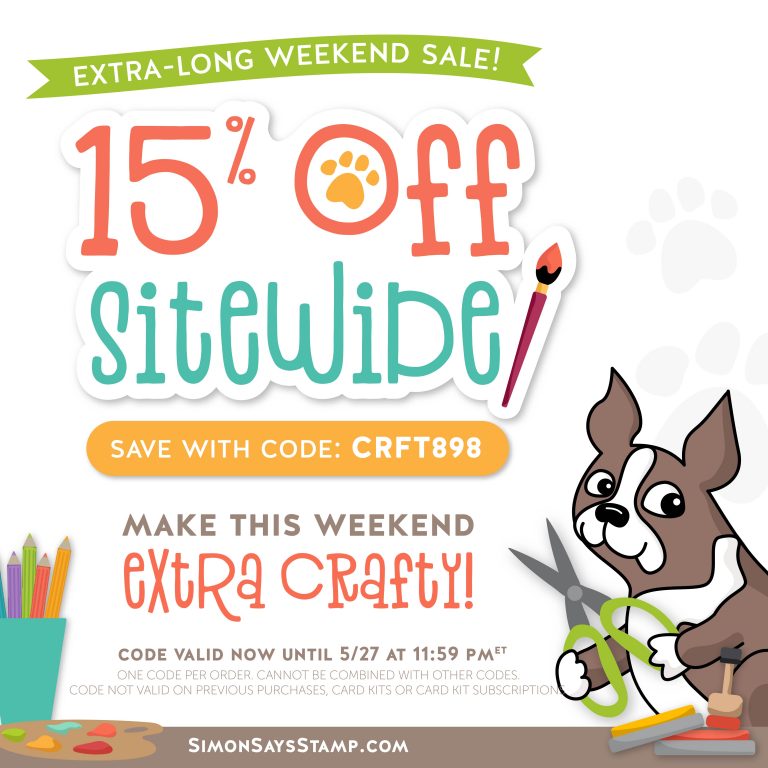 Thanks for stopping by and have an amazing day!