Well, it’s almost 9:00 AM and I’ve officially been up for 21 hours.  For those doing the math, yes, I didn’t wake up until noon yesterday…blame it on our Game of Thrones marathon Monday night.  Then add in Tuesday’s trip to the drive-in until 1:15 AM (and we left early…Transformers 4 was NOT a good idea) and my sleep schedule is totally off.  Hopefully if I power through today with a short nap later this morning I’ll be ready to sleep at a normal time tonight.

Anyway, when I was still attempting to lay in bed and fall asleep this morning I started browsing Pinterest (a terrible idea if your goal is to actually get to sleep…).  So I was looking at my feed and out of nowhere I saw a photo of my finished craft room.  Of course, it was like 4:00 AM so it took me a second to register what I was seeing.  And then I realized it hadn’t been pinned by someone I actually know.  I follow many cardmakers from all over the world and one of them had randomly pinned my craft room onto their inspiration board!

So I started clicking through and realized that the photo was coming from Splitcoaststampers which is a crafting community that I belong to and that it had been repinned by friends of this friend (does that make sense?  I’m starting to get sleepy…).  And as I was traveling along I saw one or two comments asking where the photo came from as it had lost the original link from Splitcoaststampers somewhere along the way.

Now I don’t have any dreams of being a full-time blogger but I will admit that it was pretty awesome to see a photo of mine floating around the internet with kind words and compliments attached.  But I was also a little sad that without being super creepy/stalkerish and posting on all of the pins, those couple of people probably wouldn’t find my little blog.  And yes, I WAS being super creepy/stalkerish by searching for myself all over Pinterest at 4:00 AM but it doesn’t mean that I have to leave proof! 😉

Anyway, in my sleep-deprived state, I thought it’d be a fantastic idea to immediately hop out of bed, learn how to create a watermark and learn how to insert it onto my photos via Aperture before attaching them to a blog post so that maybe two or three people could find me online via Pinterest.

So now it’s been 5 hours and I’ve watched more Youtube tutorials than I care to share for something that’s definitely not worth 5 hours of time but I did it!  And now since I know you’re all dying to see the results of my insomnia fueled energy, have a photo of a super cute sheltie… 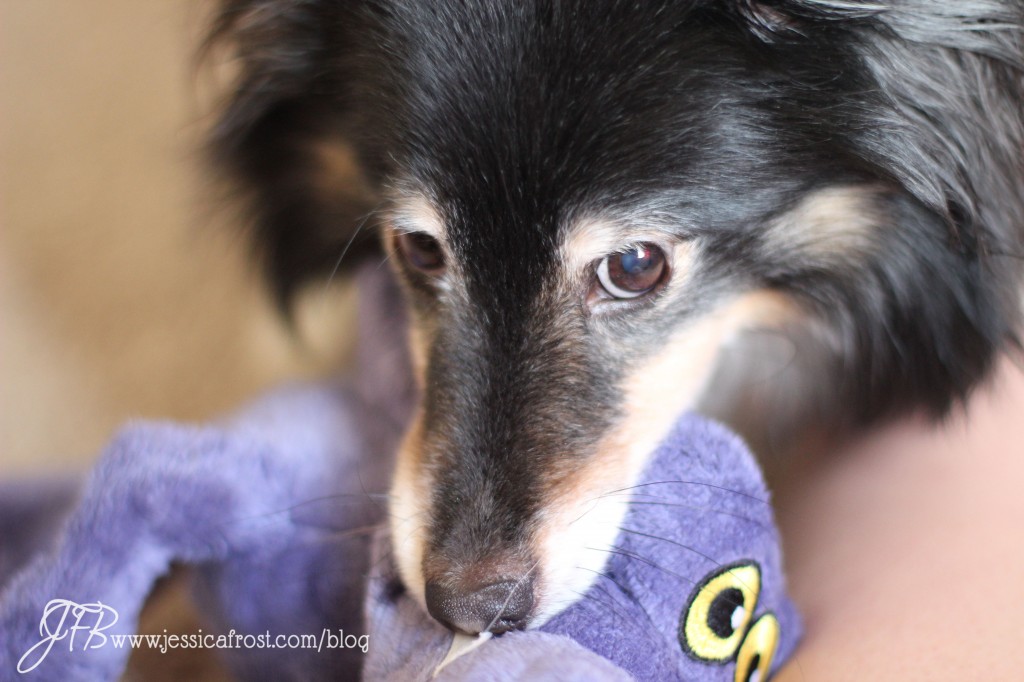 …Now I think I’ll go see about that nap…