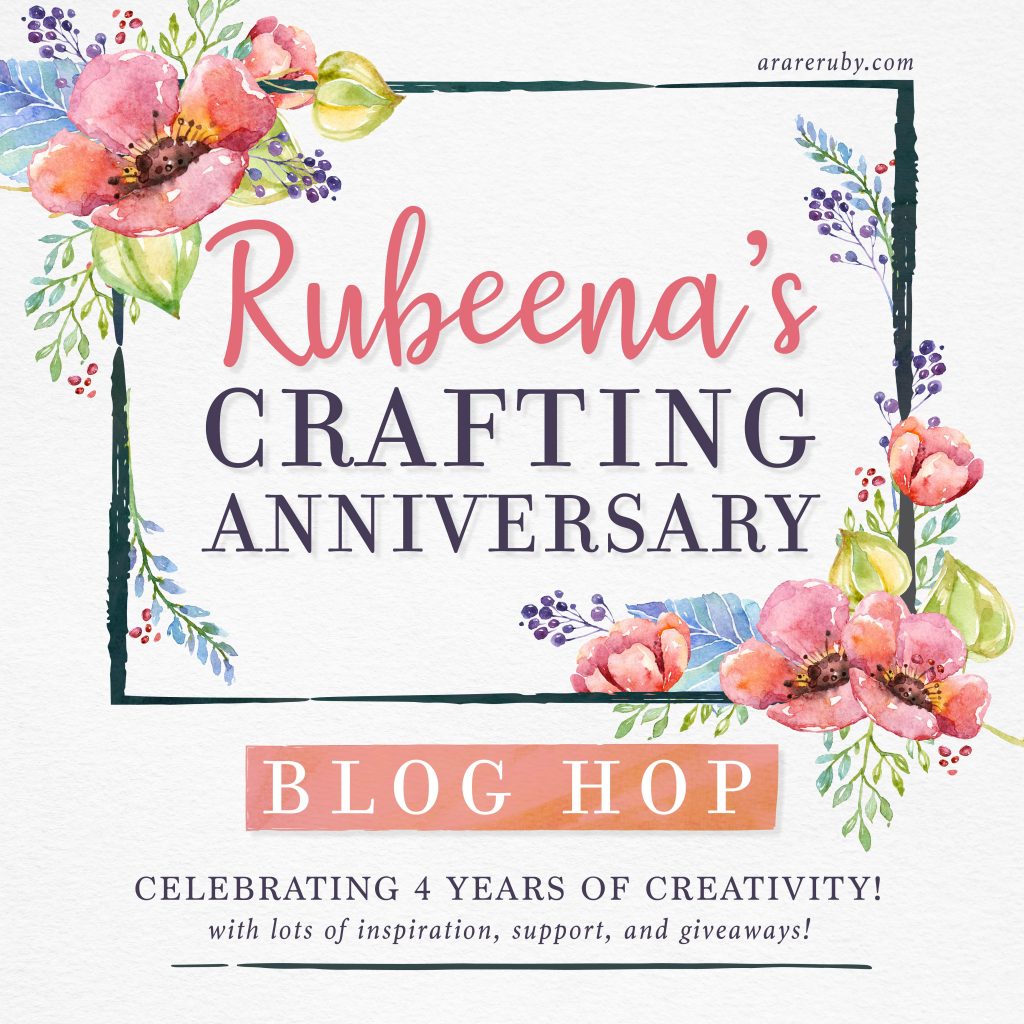 Good morning!  I am so excited to be a stop on Ruby’s crafting anniversary blog hop!  Back in 2015 I had been posting my cards online for a few months but hadn’t really met anyone.  I’d post photos of my cards on Facebook and the only comments would be from my family and students.  Ha.  Then in late February I joined a design team with Ruby and a few days after joining I got this message on Facebook:

…and yes I scrolled back through hundreds of thousands (literally) of Facebook messages to find this one…we won’t discuss how long that took. Ha.

That one message in 2015 sparked my very first crafty friendship; and three and a half years later, we’ve had our ups and downs (as all friendships do), but we’re still chatting almost daily (mostly in gifs…ha) about life, crafting, food, pets, and shopping! 😉 We only met for the first time in person last January at Creativation but it feels like we’ve known each other FOREVER. 🙂 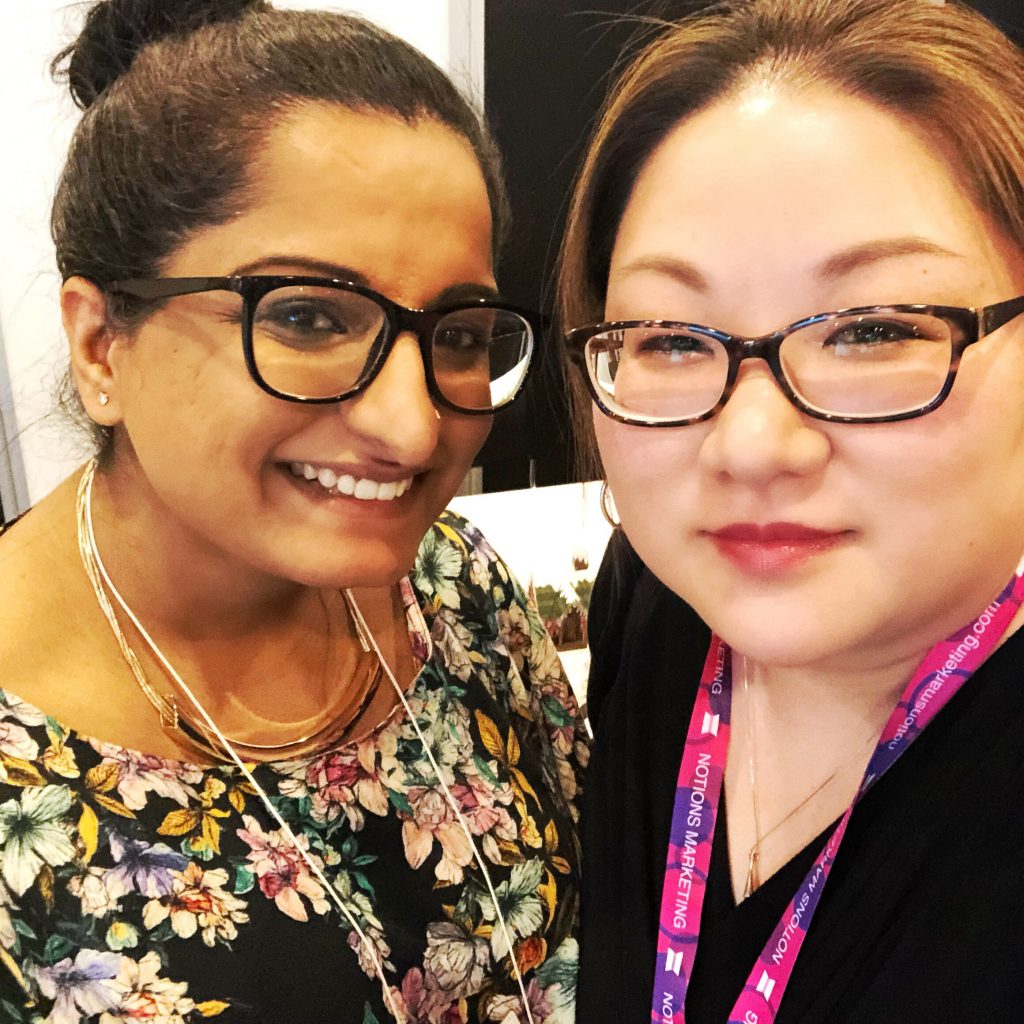 When Ruby invited me to join her anniversary hop I knew I wanted to make a card that included elements that remind me of Ruby: watercolor, gold, splatter, and a white embossed black label sentiment…plus one thing that is a bit of a trademark in my own crafting: sparkle!! 😉 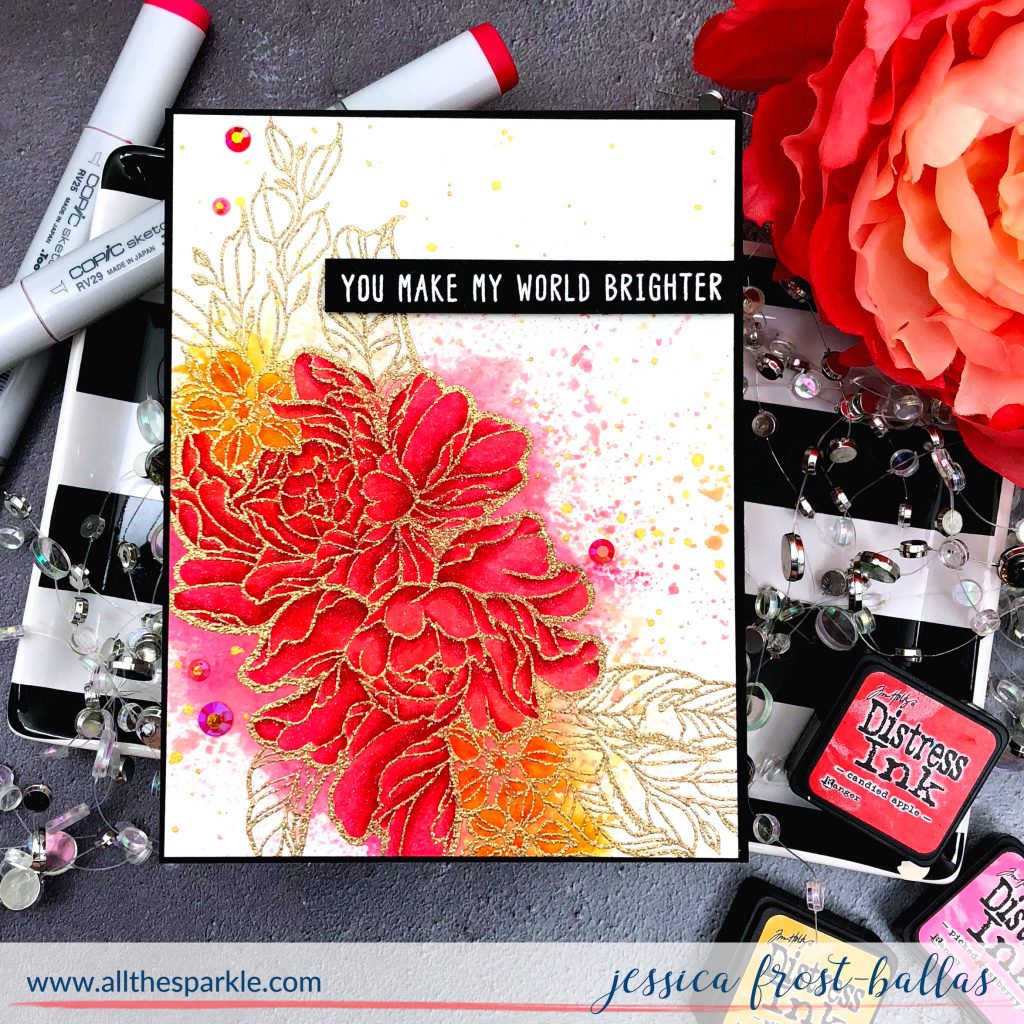 I’ve shared a video using this technique awhile ago and it’s inspired by another crafty friend, Kelly Latevola!  To start I smooshed candied apple, picked raspberry, mustard seed, and abandoned coral distress inks onto a piece of acetate and used my finger to blend the inks together to get rid of any harsh lines.  Then I turned the acetate over and smooshed it on a piece of watercolor paper.  I let it dry and then stamped the floral arrangement from Simon Says Stamp’s Strangeness with barely beige no-line ink using my MISTI. I left the stamp inside my MISTI so I could restamp later. 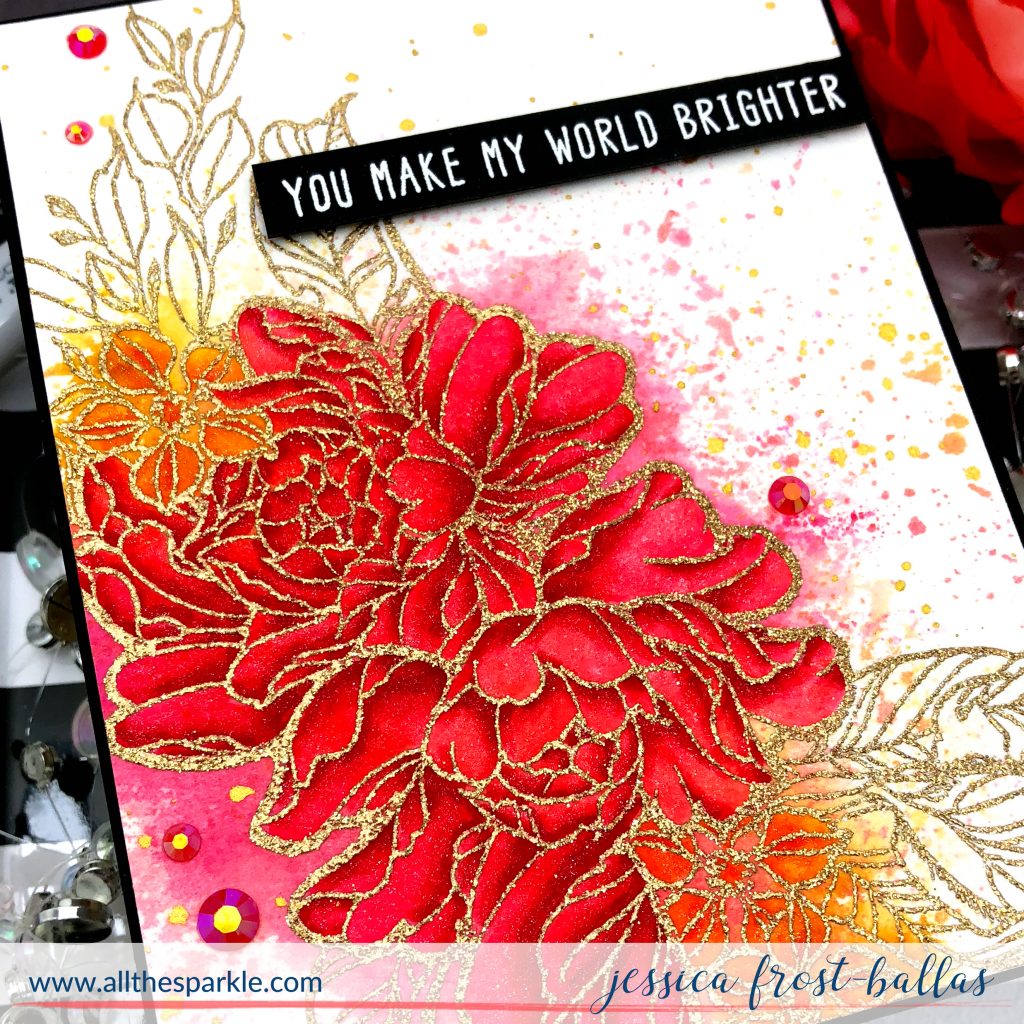 Next I took copic markers and added shading to the inside of each flower.  I left the leaves alone for a little contrast.  Once I was done coloring I placed the watercolor paper back in my MISTI, restamped the floral arrangement using versamark, and heat-embossed it with gold tinsel embossing powder.  Then I masked the arrangement and splattered it with gold metallic paint.  Once that dried I trimmed the watercolor panel down and adhered it to a black card base.  I stamped the sentiment from Altenew’s Hello Sunshine onto black cardstock and heat-embossed it with white embossing powder.  I trimmed it down to a label and adhered it to the card with foam mounting tape.  I added a little sparkle to the red flowers with spectrum noir clear sparkle and then added a few red jewels to finish the card!

Congrats on four years, Ruby, and here’s to the next forty! 😉

To celebrate Ruby’s crafty anniversary there’s a horde of sponsors and amazing crafty prizes!  For a full list of prizes, visit Ruby’s blog and don’t forget to hop along on all the day one stops!  You should have arrived from The Stamp Market blog and my friend Nina-Marie is your next stop!  Thanks so much for visiting and happy hopping!!