So I had to do a mid-week food post because tonight’s dinner was just THAT good!  I recently rediscovered my love of the website Skinnytaste thanks to a friend who shared several of the Skinnytaste recipes on her Facebook page this past weekend.  I wish I could say that I did something totally earth-shattering and unique but nope, I just follow recipes really well! 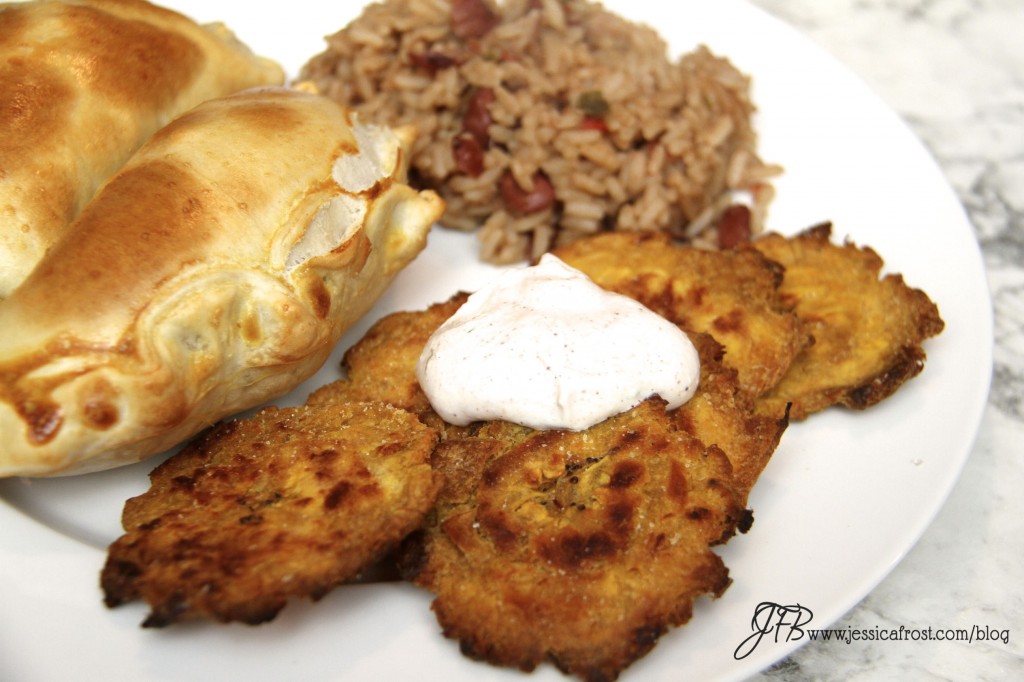 I used these three recipes: Cuban Picadillo for the empanada filling (I left out the alcaparrado because we’re not big olive fans), Baked Empandas, and “Fried” Plantains!   This was a surprisingly easy recipe to throw together quickly on a weeknight and it’s definitely something we’ll make again.  The only thing I’d change would be to salt and season the meat a little heavier.  Since we left out the olives and brine we probably lost some flavor there but I think even upping the cumin, salt, and garlic would make a big difference.

I’ve also never done anything with plantains before and they were fun to make.  I don’t own a traditional press so I just used the bottom of a bowl and it worked just fine.  I also mixed up an easy dipping sauce by mixing 1/2 cup of sour cream with 2 teaspoons of fresh lime juice and a sprinkling of onion powder, garlic powder, chili powder, salt, and pepper.  I also added a little grated lime zest for an extra pop.  And I totally cheated on the rice and beans…just used the Goya boxed mix!  Next time I’ll try making it from scratch as well!  I highly recommend checking out the Skinnytaste website.  She has a ton of interesting and unique recipes!  Tomorrow I’m making her slow-cooker french dip sandwiches with caramelized onions!

« It’s the most wonderful time of the year!
Mama Elephant Peek-a-Frame »