So, after an unplanned blogging break, I’m back!  The end of 2012 was crazier than previously expected and basically everything not related to teaching or performing had to go on the back burner…

However, in our few spare moments Steve and I had started house-hunting!  We weren’t planning to move until mid-summer (our lease is up in late July) but as we (I) have a long list of wants in a new home we figured it’d be best to start looking early.  We have a friend, Bob Butcher, who is a local real estate agent and was willing to start looking early with us.  Most of our first searches consisted of me going with Bob to look over properties as Steve was working and my only free time was on weekdays.  It was an incredibly unproductive and disappointing few weeks.  Part of my needs for a new house are 1) in an area/neighborhood where I can teach out of my house and with a good teaching space and 2) harp-friendly!  We had some luck finding one or the other but never both.  We were also entertaining the idea of a new build in a brand-new local community. They’ve got plans for 200+ houses by the time they’re done.  However, reviews of the nation-wide company aren’t great and neither Steve or I relished the idea of being in a cookie-cutter neighborhood where every tree gets razed to the ground so that they can start from scratch.  Also, the houses are priced low but to get it to the standard that we’d want would have ran us about $50,000 in upgrades…not cool.

So then I asked Bob if a new build might be possible.  If we could do it in this pre-fab neighborhood, could we do it elsewhere?  So then the search began for land!  We found a couple of early options…some more favorable than others.  One of the first was a 2 or 6 acre lot located about 15 minutes away in a more rural area of Frederick County.  However, the moment Steve heard the word ‘acre’ and began envisioning the accompanying yard work he wasn’t interested.  I needed a little more convincing but after looking over the actual lots and looking at the electrical lines running over the property, shared gravel driveways, or the acres of apple orchards we’d “inherit” they became a little less desirable.  We had had the opportunity to meet the builder and view one of his homes in another neighborhood and while it was absolutely gorgeous, it didn’t seem like he was really willing to work with what we wanted in the price range that we could afford (i.e., although he could build what we were looking for, he just wanted something bigger and better for that lot and would just keep quoting higher and higher prices).  Unfortunately, the entire exchange left me feeling pretty discouraged and Steve was pretty resigned to the fact that we’d end up building in the new development and hoping that the house was as good as it was promoted to be…(having townhouse flashbacks…but more on that history later)

Then a few weeks later, I was searching real estate websites at 2 or 3 in the morning and ran across a 1/3 of an acre lot in Frederick County.  It was there all along but I think the location parameters I originally gave the search engine continuously took it out of the results.  It appeared to be in a good location but near a major road in Frederick County.  So I emailed Bob and asked for more information.  It turns out that the real estate representing that lot is a friend of his and so it was easy to get in touch and get additional information.  Prior to this lot one of my parents had been able to come up for both of the major meetings I’d gone to as Steve usually wasn’t available and I really had no idea what I was talking about when it came to building/buying a house…their knowledge was greatly appreciated as they asked questions that I knew nothing about.

But, unfortunately, they weren’t available for this first meeting so I headed out expecting to feel as talked down to and stupid as I did for the previous new build meetings.  I couldn’t have been more wrong.  For this first meeting I was able to meet with the builder, Jamie, and his representative (and the owner of the lot), Erik.  From the very start it was a totally different (and much appreciated) approach.  They asked me what I wanted and seemed totally receptive to my ideas and input.  The model I had seen advertised on the listing was almost identical to the house we currently live in.  While I really detest the look of split-foyer homes, they are (unfortunately) ideal for a harpist.  My music studio is on the bottom floor and a direct route to and from the garage.  We are looking for a slightly larger home than what we currently have and the first suggestion was “why don’t we just add 4 feet to the side walls to help increase the square footage.”  This was exactly what I was hoping for (and didn’t receive) with the first builder.  Upon further talks, he was willing to take down a wall to make it more open concept, willing to do upgrades in the kitchen and bathrooms…just overall, he was willing to work with us to make it the house of our dreams!

So after the meeting I went down to the lot with the two real estate agents and it was so much better than I could have hoped for.  I knew from maps that it was right off a main road; however, it’s elevated about 40 feet in the air so road noise is not a concern.  You can’t see the road from the lot and it’s not loud at all.  It’s located on the edge of a really nice, well-established neighborhood in Frederick County but is HOA-free which is the golden ticket for a home-business license!  It’s the last of two lots in the cul-de-sac so the other houses are already built (and beautiful!).  It has beautiful established trees in the front and back and is next to a wooded area that will be gorgeous in the summer and fall. 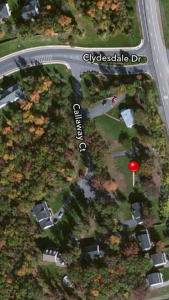 Look at all those trees!! 🙂

At this point, I was practically jumping up and down for joy!  However, I contained myself enough to get through the meeting and get home.  The builder said he’d put together an estimate based on what I had asked for as far as upgrades and increased square footage.  When Steve got home that night I immediately dragged him out to see the lot and he gave his approval (contingent, of course, on the final price).  After a few more email exchanges Steve and I decided to go out to the builders’ cabinet and flooring specialists so that we could pick what we’d like and he could give a better estimate based on our selections.  Everything was falling into place better than I could have hoped.  And finally the numbers came back, and they were exactly where we needed them to be!  So at that point, the last big hurdle was asking our parents to come up and get their opinion.

So two weekends ago, despite the snow, my parents and my in-laws drove up on Saturday to meet the builder and agents, see an example of Jamie’s work, see the lot, and meet the mortgage broker, Doug, who we plan to work with.  We drove down to Strasburg to see the house that Jamie has almost finished and it is absolutely stunning (with the exception, ha, of the antler chandelier in the front foyer…but that’s a client addition).  One of our original complaints with the cookie-cutter new build neighborhood is that we had to pay extra for everything.  The actual price is really low but you want window sills or crown molding, that’s all extra.  The little things that Jamie adds to the house just make it so much more personal and inviting.  Our parents also really admired his work and openness to answer any (and all) questions we had.  We continued the visit with some Q&A time with Bob and then after receiving parental approval we finished the night with a group dinner to One Block West and birthday cake for my mom (my newest creation: hazelnut chocolate cake with a nutella frosting)! 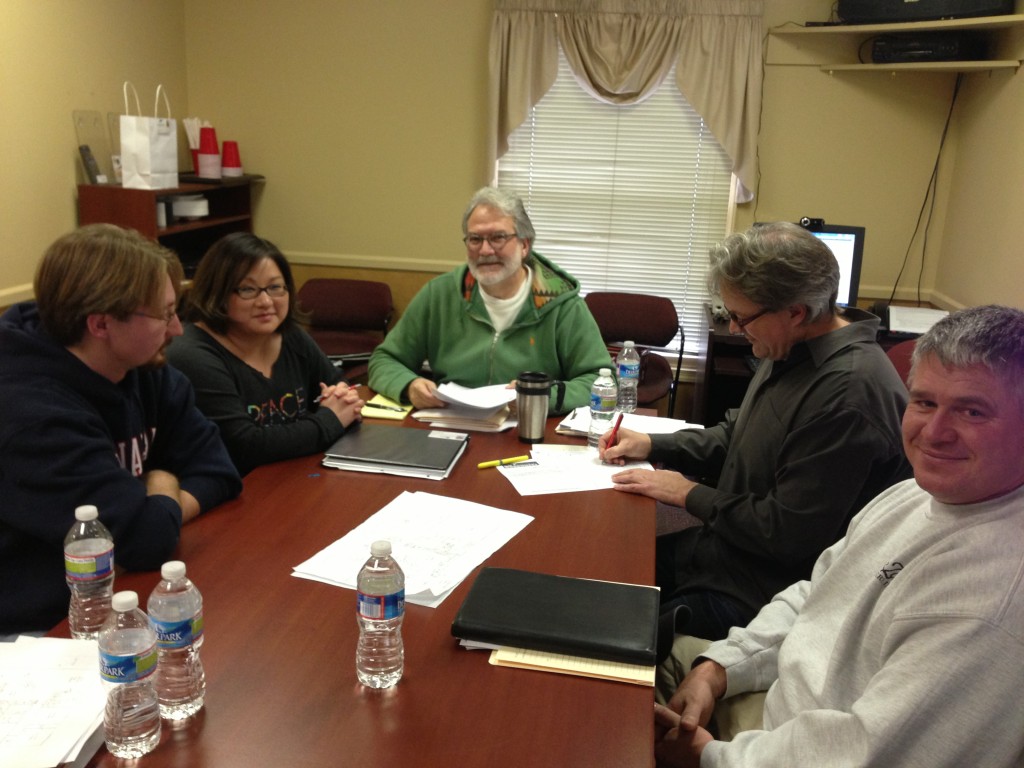 So basically, this really long post is to say that, WE’RE BUILDING A HOUSE!!  Move-in is scheduled for June/July.

I plan to use this blog to hopefully post a recipe here and there, but most definitely to document our house-building process.  I’ll try to keep it updated as the house goes up but will also be using it as a place to put all my ideas and inspirations.  I’m really just beginning to realize how many huge decisions I’ll be making in the next few months!  This is a huge step in our lives and one that I know we’ll want to look back and remember!  One thing that really struck me when we saw Jamie’s house, is just how much he obviously loves his work and it really shows in the final product.  I’m so excited to have him build our first home.

« A new approach…
The lot…pre-development »